Central Board of Direct Taxes (CBDT) has extended taxpayers' settlement application with the Interim Board for Settlement. The deadline is extended till Sep 30. 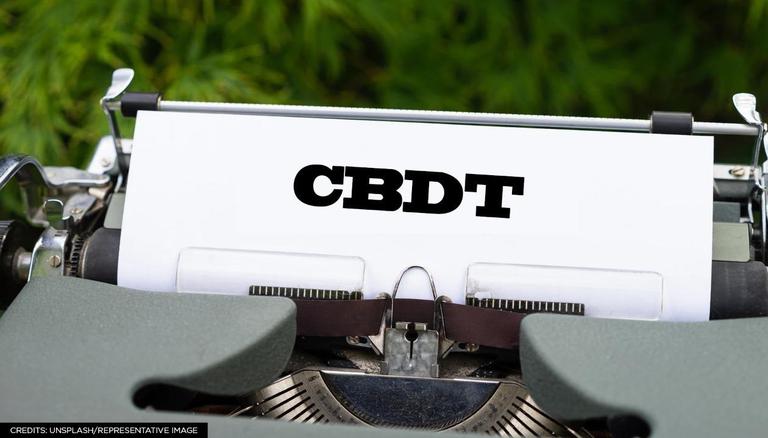 
The Central Board of Direct Taxes (CBDT) has allowed taxpayers an extension for the filing of their settlement applications with the Interim Board for Settlement. They have extended the deadline until September 30. The deadline extension was announced on Tuesday, September 7.

"In order to provide relief to the taxpayers who were eligible to file application as on 31.01.2021, but could not file the same due to cessation of ITSC vide Finance Act, 2021, it has been decided that applications for settlement can be filed by the taxpayers by 30th September 2021 before the Interim Board..." the CBDT said in a statement.

CBDT provides relief to taxpayers who were eligible to file application for settlement as on 31.01.2021 before ITSC, but could not, due to cessation of ITSC vide Finance Act,2021. Such applications can be filed by 30.09.2021 before the Interim Board,subject to certain conditions. pic.twitter.com/BU6sUSWi8n

All of the assessee's relevant assessment proceedings shall be pending at the time the settlement application is filed. The CBDT stated that a number of taxpayers were in the advanced stages of filing their application for settlement before the ITSC as of February 1, 2021. This was the basis for the extension. "Further, some taxpayers have approached High Courts requesting that their applications for settlement may be accepted. In some cases, the Hon'ble High Courts have given interim relief and directed acceptance of applications of settlement even after 01.02.2021. This has resulted in uncertainty and protracted litigation," the statement said.

According to the requirements of the Income-tax Act, 1961, taxpayers who have filed settlement petitions will not be able to withdraw their claims. Taxpayers who have already filed a settlement application on or after February 1 this year, as directed by the several High Courts, will not be compelled to do so again. The Income Tax India page also posted the announcement on Twitter. The announcement was signed by Surabhi Ahluwalia, Commissioner of Income Tax. 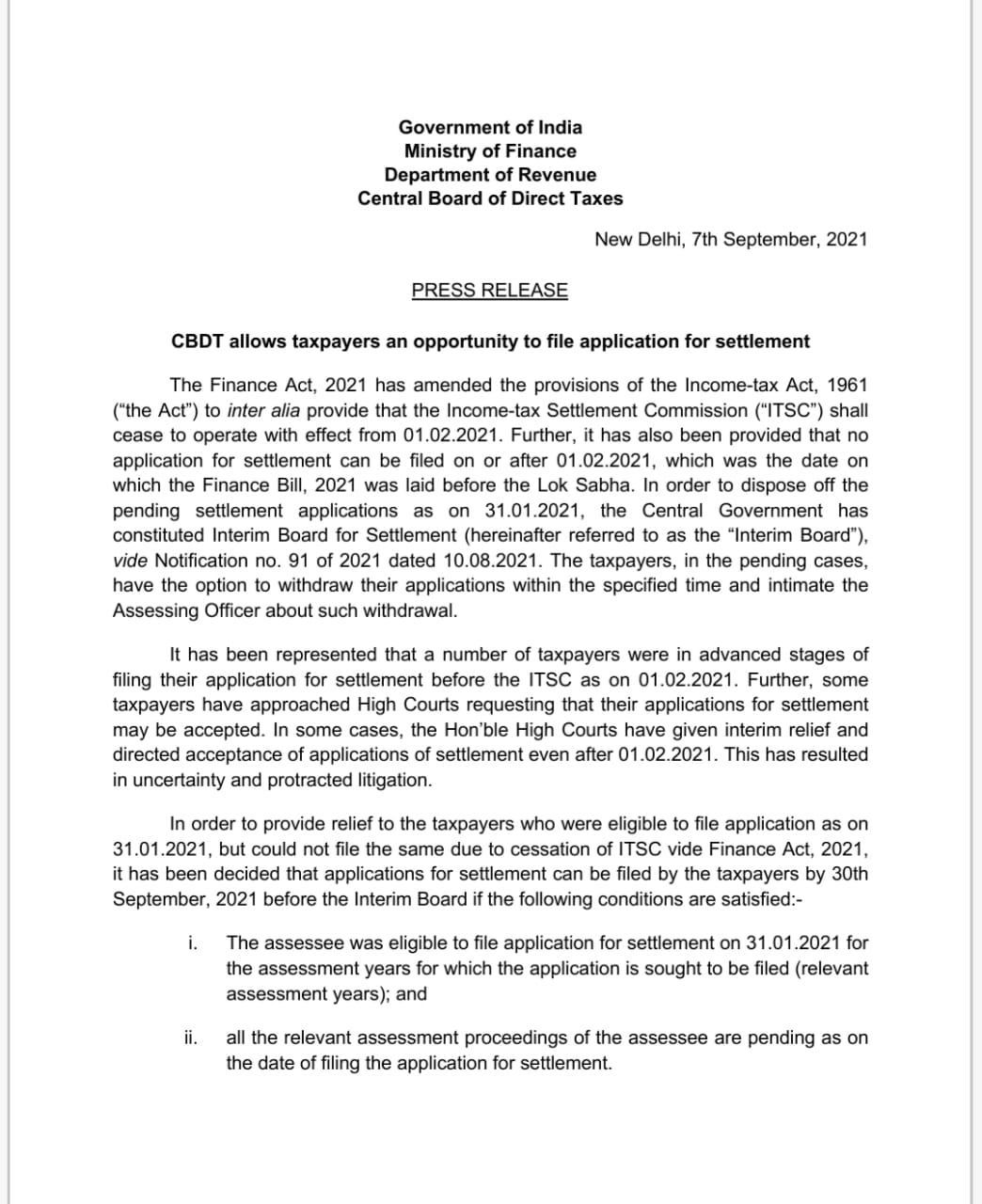 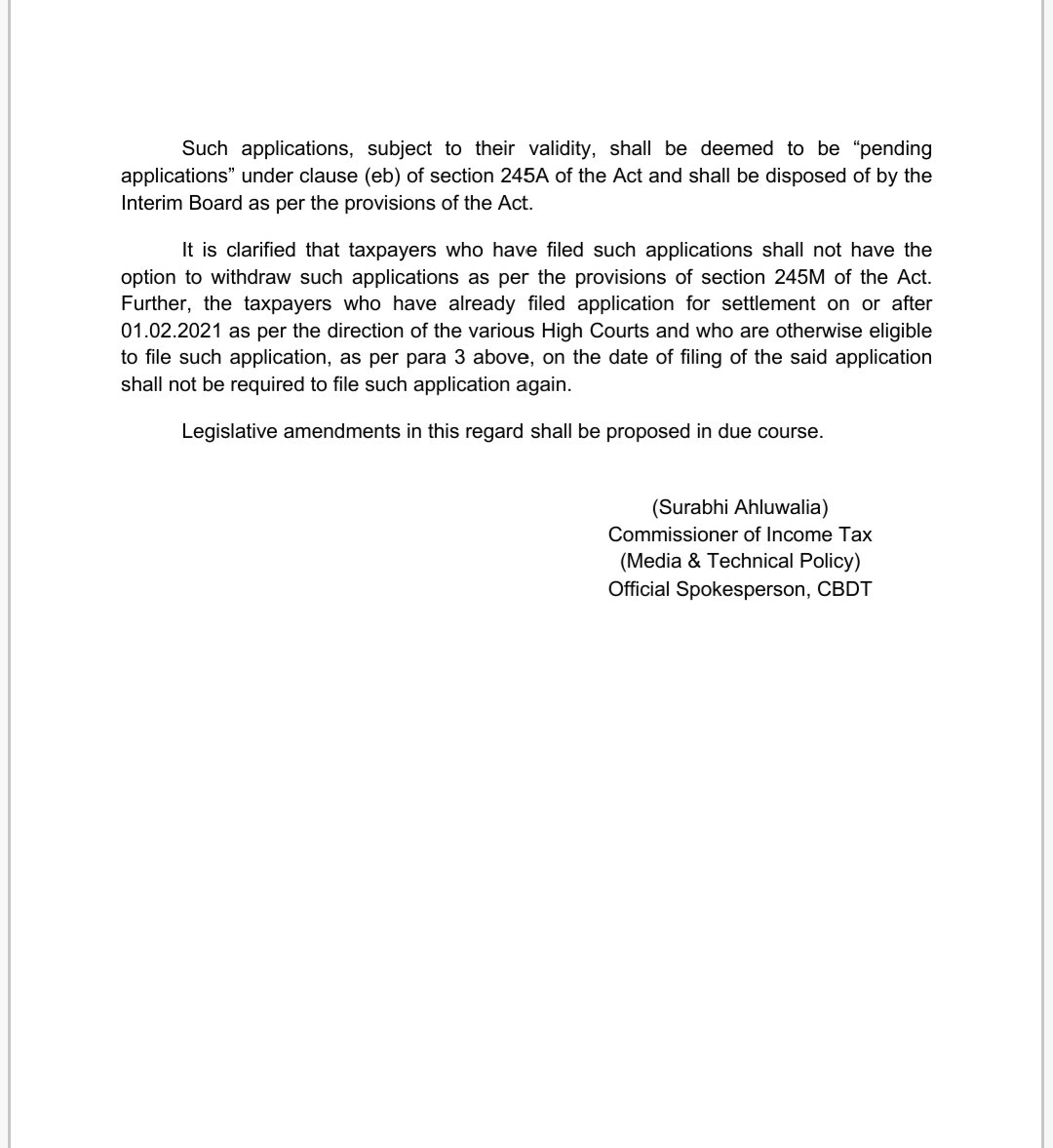