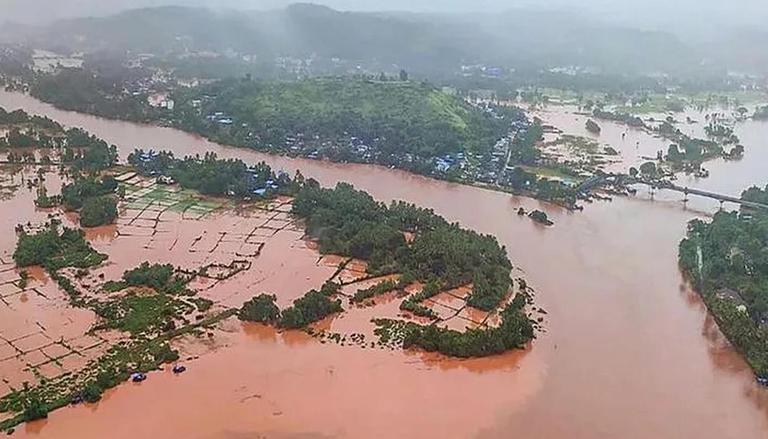 
Eye-opening research on the devastating effect of climate change conducted by the Deloitte Economic Institute suggests that India can potentially lose as much as $35 trillion in economic potential or gain as much as $11 trillion. Deloitte published the climate change report titled 'India’s turning point: How climate action can drive our economic future', and suggested that it is of utmost importance for India to act on the worsening climate conditions to avert huge losses. The report says, if India can keep global temperatures from rising too high and realise its potential to ‘export decarbonisation' to the rest of the globe, its fortunes could turn around, and the country could earn as much as $11 trillion in economic value.

The report comes in the backdrop of the IPCC (Intergovernmental Panel on Climate Change) report that flags serious concerns related to climate change. The IPCC report mentions that India could suffer the Glacial retreat in the Hindu Kush Himalayas has compounding effects on the sea-level rise and intense tropical cyclones leading to flooding; an erratic monsoon; and extreme heat stress are likely to impact India in recent years.

Commenting on the same, Deloitte India’s chairperson said that India briefly has a period of 10 years to alter the catastrophic damage that India could suffer due to rising global warming & climate change. Atul Dhawan, Chairperson at Deloitte India, said, “No one is immune to the impact of climate change, but for India, this is a window of opportunity to lead the way and show how climate action is not a narrative of cost but one of sustainable economic growth,” as mentioned in Deloitte’s report.

If no action is taken, global temperature can rise by 3%

The report adds that if no action is taken, then the average global temperatures could rise by 3 degrees Celsius or more by the end of the century, and this will, in turn, make it more challenging for people to live and work as sea levels would rise, crop yields would fall, infrastructure would be damaged among other things.

Economic activity, services (both public and private), manufacturing, retail and tourism, construction, and transportation are predicted to be the most impacted industries in the next 50 years. Currently, they account for more than 80% of India's GDP. According to the analysis, these five industries alone would lose more than $1.5 trillion in yearly value added to GDP.

On the plus side, the research claims that if governments, corporations, and communities act quickly and forcefully to address climate change, the average global temperature increase by 2050 might be reduced to roughly 1.5 degrees Celsius. Not only for India but also for the rest of the world, this would reduce the impact of climate change. India could provide the products, services, and financing that the world would require to keep global warming to a minimum and achieve major economic growth.

According to the research, accelerated decarbonization might benefit both India and the rest of the world. It might help India migrate to a low-emissions economy, restructure its economy, and take advantage of lower-cost clean energy export markets. Because India is a developing country, the transition to a low-emissions economy would be difficult. It will have to strike a balance between the requirement for economic growth and the rise in energy demand that follows and investing in and transitioning to developing low-emission technologies. According to the analysis, the economic benefits of ambitious climate policy implementation would be evident from as early as the first year. This might result in an 8.5 per cent increase in GDP in 2070 alone, the report suggests.

WE RECOMMEND
India's evacuation efforts from Afghanistan continue, over 600 brought back so far
India beats US to emerge as world's second most desirable manufacturing hub: Report
India at Paralympics: Meet the past medallists
'Deeply concerned' Sri Lanka asks India's help in evacuating its citizens from Afghanistan
India's first smog tower inaugurated in Delhi