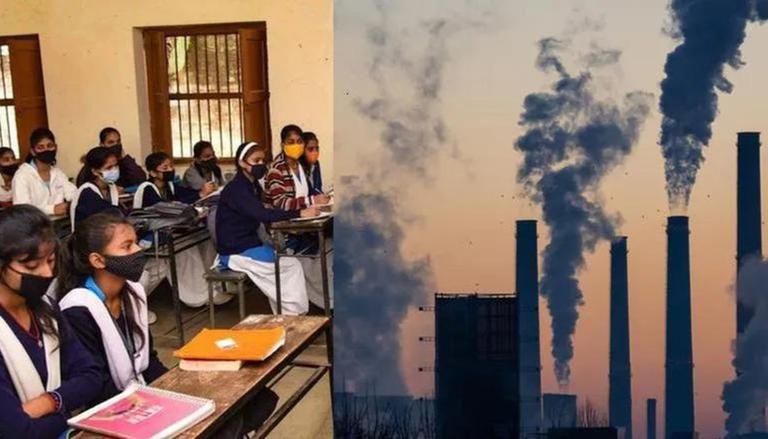 
Considering the air pollution situation in the national capital, the Delhi government on Sunday, November 21, announced that physical classes for all schools in the city will remain closed until further orders. The Directorate of Education (DoE) informed that online classes will continue.

Earlier on November 13, the Delhi government had ordered all the schools to be shut until November 20 amid poor air quality in the city. This was extended again on November 17.

The DoE order read, "All the govt, Govt. Aided, Unaided Recognized, NDMC, MCDs, and Delhi Cantonment Board Schools will remain closed till further orders. However, Online teaching-learning activities and the examinations for Board classes would be conducted."

It further directed all the Heads of Schools to circulate the information among students, staff members, SMC members, and parents.

Earlier this week, the city government had ordered a 100% work from home (WFH) arrangement for government employees until Sunday as an emergency measure to reduce pollution. Construction and demolition work was also banned.

Environment Minister Gopal Rai had said that all educational institutes and schools in Delhi will be shut until further orders.

As of Sunday morning, Delhi's air quality still remained in the 'very poor' category for the 8th day as the Air Quality Index (AQI) stood at 382. On Saturday, the 24-hour average AQI was 374. Meanwhile, experts have predicted that the air quality is likely to improve slightly due to the strong surface winds.

For more than two weeks, the air quality has continued to fluctuate between the 'very poor' and 'severe' category. But the air quality is predicted to improve due to the change in weather conditions, and become moderate on November 22.

The Ministry of Earth Sciences’ air quality monitor SAFAR informed that surface winds are likely to be strong from November 21 to November 23, resulting in effective dispersion that improves air quality.

SAFAR further said, “Transport-level winds coming from the northwest direction are also likely to be strong during the period and will flush out locally emitted pollutants from Delhi to the southeast region that is expected to improve air quality further."