The fee structure for schools and intermediate colleges for three academic years beginning 2021-22 of Andhra Pradesh has been fixed by state govt. 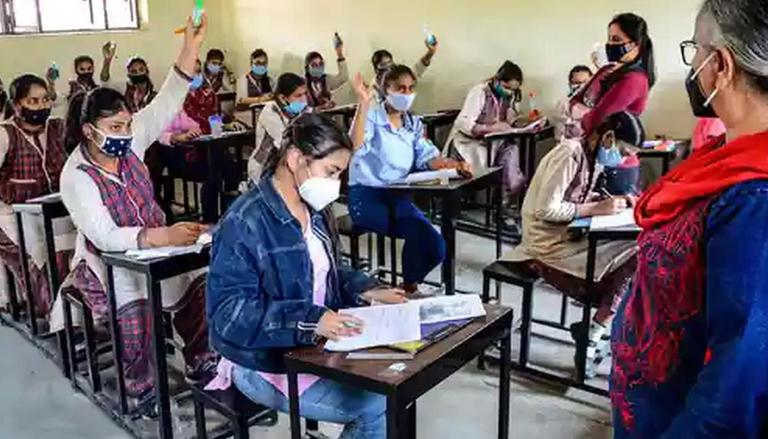 
The fee structure for schools and intermediate colleges for three academic years beginning 2021-22 of Andhra Pradesh has been fixed by the State Education Regulatory and Monitoring Commission. The announcement was made by Commission Chairman Justice (Retd.) R Kanta Rao in a press conference on Thursday. He said that it was for the first time that the school and college fee was being regulated in Andhra Pradesh though several other states have already been doing it.

The maximum annual tuition fee for schools in gram panchayats has been fixed at Rs 10,000 for primary classes. The annual tuition fee for higher classes will be fixed at Rs 12,000, he said. In municipalities, the annual fee is Rs 11,000 and Rs 15,000 and in municipal corporations Rs 12,000 and Rs 18,000 respectively, he added. The Chairman said in the press conference that the fee structure was fixed after the Commission members visited several educational institutions and interacted with parents in the last one year.

“This is inclusive of tuition, registration, admission, examination, laboratory, sports, computer lab, library and other fees. Transportation and hostel charges were optional but were also capped,” Kanta Rao said.

For Intermediate, fee ranging from Rs 12,000 to Rs 24,000 has been fixed. This fee range will be according to the location and the subject streams, he added. The Chairman said no capitation should be charged by any school or junior college in the state.

The Chairman R Kanta Rao observed that 80 per cent of the total institutions would not have any problem with the fee structure. “Education should not be a business. The Commission will take action against institutions that charge higher fee without even having basic infrastructure facilities. Parents could call the Commission’s number 9150381111 and lodge a complaint if any institution charges extra fee,” the Chairman added.

Kanta Rao said the Commission would also monitor the education quality standard, salaries being paid to teachers, facilities available and related things. “We will recommend action against errant schools and colleges if something is found wanting,” the chairman said.