Delhi Deputy CM and Education Minister Manish Sisodia announced that physical classes for all schools in the city will resume from November 29. 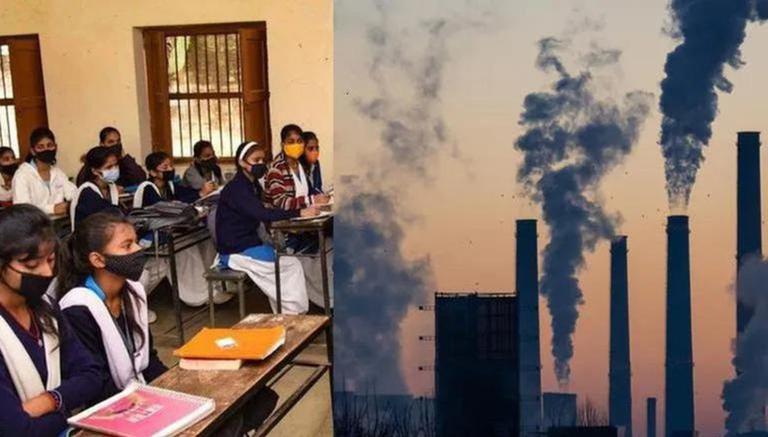 
Considering the air pollution situation in the national capital, Delhi Deputy CM and Education Minister Manish Sisodia on Saturday, November 27, announced that physical classes for all schools in the city will resume from November 29. Earlier on Nov 21, the Directorate of Education (DoE) had said that all schools and educational institutions will remain closed while online classes will continue until further orders.

As per the DoE order, "All the govt, Govt. Aided, Unaided Recognized, NDMC, MCDs, and Delhi Cantonment Board Schools will reopen from November 29 for all classes".

Earlier on November 13, the Delhi government had ordered all the schools to be shut until November 20 amid poor air quality in the city. This was extended again on November 17.

It further directed all the Heads of Schools to circulate the information among students, staff members, SMC members, and parents.

While the Delhi environment department has extended the ban on entry of trucks not carrying essential commodities until November 30. The issued order further mentioned measures including construction ban and demolition activities in NCR except for certain categories of project. 50% of the staff should continue Work From Home (WFH).

Earlier on November 24, the Supreme Court heard a petition on deteriorating air quality in Delhi-NCR and observed that the 'problem of pollution should be solved scientifically with a graded plan'. Urging the CM Arvind Kejriwal government to implement measures in anticipation of air polluting elements, the top court asked, "Why should Delhites suffer?"

A bench led by the Chief Justice of India (CJI) NV Ramana stated, "Government is not doing anything".