NCERT To Lighten Syllabus For 2022-23 Session Amid COVID Disruption

NCERT has announced that the syllabus for 2022-23 session will be reduced. It will be done considering the disruptions being caused by the COVID-19 pandemic. 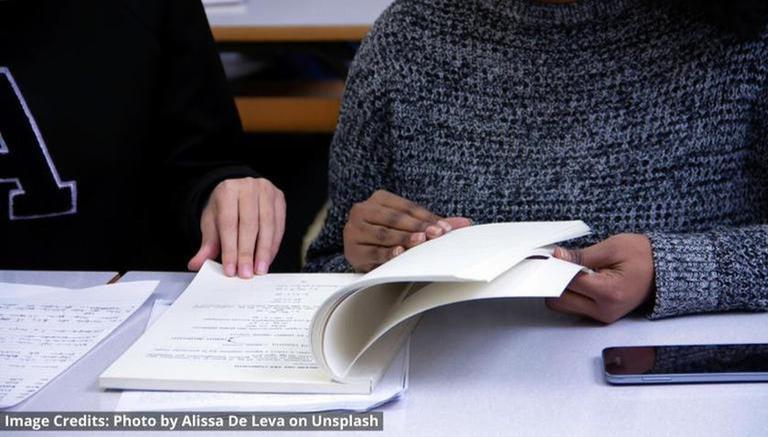 
National Council of Educational Research & Training, NCERT has announced that the school textbooks of all classes for the academic session 2022-23 will be lightened. This decision has come due to the disruption of the learning process due to COVID-19 pandemic in India. All over India the cases have increased in the past few days. The rise in cases are leading to the closure of schools and the continuation of online classes.

The syllabus will be reduced in textbooks for the next year for all the classes as the new National Curriculum Framework, NCF may take time to come out. This has been decided after NCERT director in charge, Sridhar Srivastava, ordered the heads of departments to carry out a review by involving internal and external experts on December 15, 2021. They were told to prepare and submit the report latest by December 28, 2021. Reports say that the director has also been instructed to send the textbooks for publication with revised proposed changes for academic session 2022-23.

NCERT director in charge Sridhar Srivastava said, “Though we are in the process of making our National Curriculum Frameworks, the development of new textbooks may take some time to come out. But given giving children the opportunity for speedy recovery in their learning continuum, NCERT needs to take a step towards rationalization of its syllabi and textbooks for the next year across the stages.”

The National Council of Educational Research and Training (NCERT), in a recent move, has extended the date to apply for Doctoral Fellowship. The doctoral fellowship is meant to promote and conduct research at the doctoral level. A notification has also been issued in this regard by NCERT. As per this notification, the deadline to apply for NCERT Doctoral Fellowship has been extended till January 15, 2021.

The Delhi High Court on December 15 refused to entertain a PIL seeking a direction to NCERT to remove and rectify its Class 12 history textbook which states that grants were issued during the reign of Shah Jahan and Aurangzeb for repairing temples destroyed during wars. A bench of Chief Justice D N Patel and Justice Jyoti Singh said it would impose costs and asked if the petitioners, who claimed to be “hardworking and sincere students”, wanted the court to review the policies of the Mughal rulers by way of its “so-called PIL”. The court remarked that the petition was wasting judicial time and subsequently allowed the petitioners to unconditionally withdraw the plea.