PM Modi on Tuesday laid the foundation stone of Raja Mahendra Pratap Singh State University in Aligarh. Read what the Prime Minister said in his address. 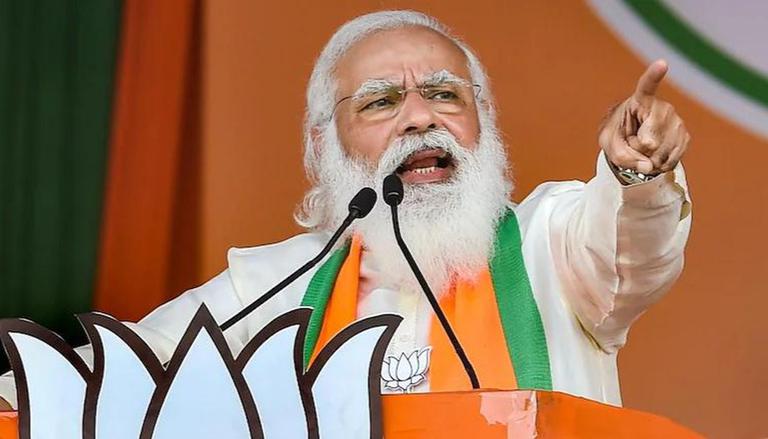 
Prime Minister Narendra Modi on Tuesday laid the foundation stone of Raja Mahendra Pratap Singh State University in Aligarh. The university has been named after the great freedom fighter, educationist and social reformer Raja Mahendra Pratap Singh. The university is being established by the Uttar Pradesh government in the memory and honour of the freedom fighter.

The university is being set up in a total area of over 92 acres at Lodha village and Musepur Kareem Jarouli village of Aligarh's Kol tehsil. The Raja Mahendra Pratap Singh State University will provide affiliation to 395 colleges of the Aligarh division. The Yogi Adityanath government's decision to set up the university after the noted Jat figure is being politically seen as part of the ruling BJP's bid to win over the community ahead of the crucial state assembly polls early next year. A section of Jats, who live in sizeable numbers in western Uttar Pradesh, is seen to be aggrieved with the BJP over the issues of farmers.

Raja Mahendra Pratap Singh, who belonged to the district, was an alumnus of the Aligarh Muslim University (AMU) and was also the president of India's first provisional government-in-exile established on December 1, 1915 in Kabul. Deputy Chief Minister of UP, Dinesh Sharma, who has been camping here to monitor the preparations, said that by establishing a state university in the name of Raja Mahendra Pratap Singh, the government is paying tribute to a man who devoted more than three decades of his life living in exile and fighting for India's freedom. Chief Minister Yogi Adityanath Monday visited the venue to oversee the preparations for the event at Lodha town, about 40 km from the district headquarter of Aligarh.

"How many such great personalities expended their everything in our freedom movement. But it was the country's misfortune that after independence, the next generations of the country were not introduced to the austerity of such national heroes and national heroines. Many generations of the country were deprived of knowing their stories. Today 21st century India is correcting those mistakes of the 20th century, PM Modi said.

"Today, not only the country, but the world is also seeing that from modern grenades and rifles to fighter aircraft, drones, warships are being manufactured in India itself. India is moving out of the image of a big defence importer of the world and moving towards making a new identity of an important defence exporter of the world," he added.

"Today Uttar Pradesh is becoming a very attractive place for every small and big investor of the country and the world. This happens when the necessary environment for investment is created, necessary facilities are available. Today Uttar Pradesh is becoming a great example of the double engine government's double profit. I am very happy to see today that the same UP which was seen as a stumbling block in the development of the country, is leading the big campaigns of the country today," the Prime Minister said.

"The people of UP cannot forget what kind of scams used to happen here, how the governance was handed over to the corrupt. Today Yogi Ji's government is sincerely engaged in the development of UP. There was a time when the administration was run by goons and mafia arbitrarily. But now the extortionists, those running the mafia raj are behind bars," PM Modi added.

WE RECOMMEND
PM Modi lauds development push in UP, says 'India turning into a defence exporter'
PM Modi to address the 76th UNGA session on September 25 in New York
WATCH: PM Modi shares a glimpse of his interaction with India's Paralympic heroes
PM Modi congratulates Bhupendra Patel for becoming new Chief Minister of Gujarat
PM Modi to travel to US for first in-person Quad leaders' Summit on Sept 24 at the White House