Punjab Recruitment: Ahead of the Assembly elections, Punjab CM Charanjit Singh Channi gave the approval to fill a total of 10,880 vacant posts in education dept 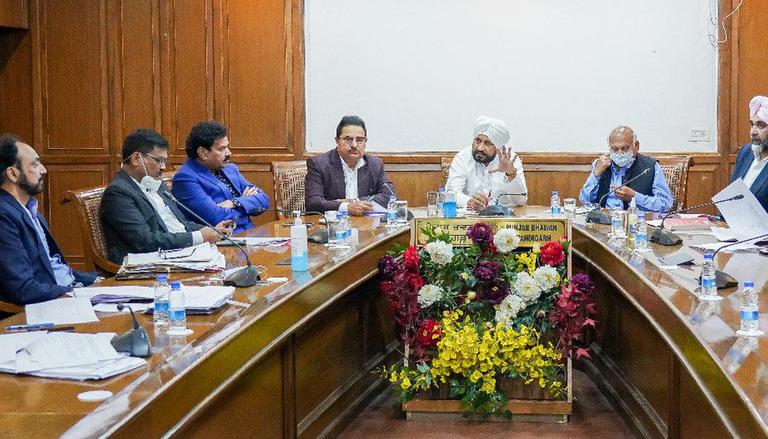 
Punjab Recruitment 2021: Ahead of the Assembly elections, the Punjab Chief Minister Charanjit Singh Channi gave the approval to fill a total of 10,880 vacant posts in various cadres in the Education Department, informed the Chief Minister's Office (CMO) on Monday. In view of the prevailing COVID-19 pandemic and the health of the children, the Punjab CM directed his administration to recruit as many as 2000 physical education teachers across the government schools in Punjab. As per the instruction given by the Punjab CM, every village having a primary, middle, and high school would be availing the service of a single physical education trainer.

Today, gave a nod to fill 10,880 vacant posts in education department. 2000 posts of Physical Education teachers to be created & 3400 recruitment for various posts in the health department. Salaries of 1000 headmaster & teachers, cut due to upper cap made by GoI, to be released. pic.twitter.com/xxSSmzXBpU

According to an official statement, CM Channi discussed multiple issues with the officials and various unions and directed that department to hold a discussion after examining their demand, which may be taken up by the Finance Department. Giving a nod to a long-pending demand of around 1000 headmasters and teachers recruited under Rashtriya Madhyamik Shiksha Abhiyan, the Chief Minister instructed the state finance department to release the state share of salaries which were cut due to the upper cap made by the central government in 2016. It will cost around Rs 3.20 crore to the state exchequer.

In order to improve and strengthen the healthcare system in the state, Channi also gave approval for the recruitment of 3,400 posts in the health department across Punjab. To boost medical education and research work in the state, Punjab CM announced that he would shortly lay the foundation stones for medical colleges at Kapurthala and Hoshiarpur. He also announced the establishment of a new medical college in Sangrur, which will be funded entirely by the state. During the meeting, Punjab Deputy Chief Minister O P Soni, Finance Minister Manpreet Singh Badal, Medical Education Minister Raj Kumar Verka, and Education Minister Pargat Singh were present.