The Indian Institute of Science (IISc), Bangalore has been listed as the world's top research university with a perfect score of 100 for the CPF metric. 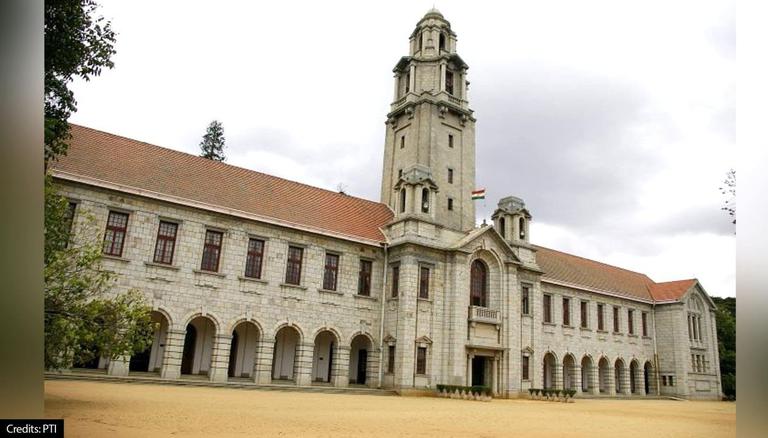 
London-based Quacquarelli Symonds (QS) released the QS World University Rankings for 2021 on Wednesday which featured three Indian institutions in the top 200 universities of the world list.

The Indian Institute of Science (IISc), Bangalore has been listed as the world's top research university with a perfect score of 100 out of 100 for the citations per faculty (CPF) metric.

With this, the Indian Institute of Science has become the first Indian varsity to score a perfect 100.

The Indian Institute of Technology, Guwahati, has been ranked 41st in the category, according to the QS World University rankings. Meanwhile, for the fourth consecutive year, the India Institute of Technology (IIT), Bombay has been listed as the top-ranked institution in India. However, this year, it has fallen five places to 177 from 172 in the QS rankings.

Like every year, IITs have topped the Indian Universities rankings. IIT, Delhi, has become India's second-best university, after rising from the 193rd rank to 185 thereby overtaking the IISc which bagged the 186th rank. Following IIT Delhi is IIT, Madras which has risen 20 places and now ranks joint-255th. This is its highest position since 2017. IIT-Kharagpur is ranked at 280, while IIT, Guwahati in the joint-395th rank has entered the global top-400 for the first time. IIT, Hyderabad continues to remain in the 591-600 rank band.

An Indian University that has made a debut in the QS World University Rankings is the Jawaharlal Nehru University (JNU) which has made it to the 561-570 band.

According to the rankings, seventeen of India's 35 universities have seen a rise in their CPF score, while twelve have seen a drop in CPF. When it comes to the faculty/student ratio category, no Indian university ranks among the top 250. Amid the COVID-19 pandemic, a whopping twenty-three of India's 35 universities have suffered declines in QS's faculty/student ratio indicator.

When it comes to the world rankings, the Massachusetts Institute of Technology marked its 10th consecutive year as the world's number one University. The University of Oxford bags the second spot for the first time since 2006 while Stanford University and the University of Cambridge share the third spot.