All schools in the four NCR districts of Haryana adjoining the NCT of Delhi shall remain closed till further orders. 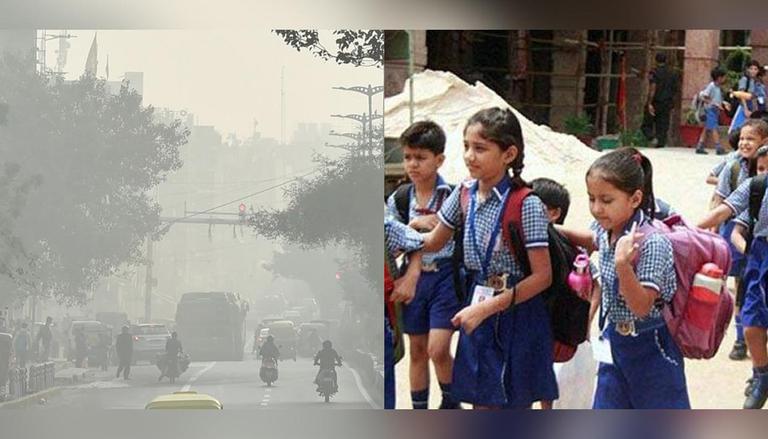 
In view of the increasing air pollution in the national capital, the Harayana government has ordered the shutting down of schools situated in the districts near Delhi. As per the latest order issued by the government, schools in districts adjoining Delhi, that are: Gurugram, Faridabad, Sonipat, and Jhajjar, will remain closed until further notice. "All schools in the four NCR districts of Haryana adjoining the NCT of Delhi, i.e., Gurugram, Faridabad, Sonepat, and Jhajjar, shall remain closed till further orders," said a notice issued by the Department of Environment and Climate Change, Haryana.

This decision came after the Supreme Court directed the state government to take the necessary measures to control air pollution. The court ordered the centre, Delhi, and other neighbouring states to take necessary steps to curb air-rising pollution in Delhi and other adjoining areas. The court also expressed dissatisfaction with the government's actions towards controlling air pollution.

At the hearing, Chief Justice NV Ramana stated, "We feel that nothing is happening and the pollution keeps increasing... only time is being wasted." "We had reopened schools considering the forecast that air quality would improve. However, the air pollution levels have increased again, and we have decided to shut schools from Friday till further orders, "he added.

Schools to remain closed in Haryana amid rising air pollution

The Haryana government has issued the decision regarding the closure of schools amid the deteriorating air quality in the NCT of Delhi and NCR. Moreover, the government has also ordered to close all the construction activities in all the 14 NCR districts of Haryana until further notice. According to orders issued by the Commission on Air Quality Management for the NCR and adjoining areas, a certain number of activities have been allowed, including carpentry, plumbing, and interior decoration, among others. Notably, the Harayana government has also issued an order banning diesel generator sets in 14 districts of Haryana. For emergency purposes, diesel generator sets would be allowed to function.