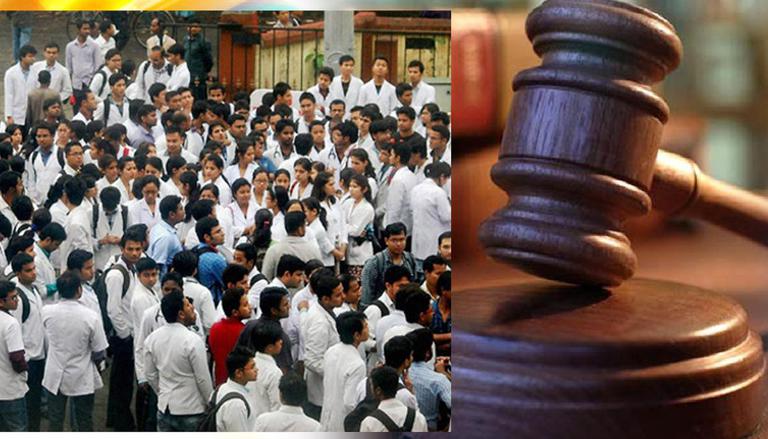 
A petition seeking deletion of a question in the Physics section, alleging translation error, filled by 22 NEET-UG candidates, was dismissed by the Supreme Court on Tuesday. The decision was taken by a bench of judges comprising Justice DY Chandrachud, Justice AS Bopanna, and Justice Vikram Nath, who found no discrepancy or patent error in Question No 2 of Section A (Physics). According to the petitioners, in the question, the use of the Hindi word "dhaara" does not refer to "amplitude". Meaning, when the question is translated from English to Hindi, the word "amplitude of current" has been omitted, resulting in a different meaning.

The petitioner informed the Court that due to this omission, candidates who attempted the Hindi question wrote different answers as compared to the candidates who attempted the question on the basis of the English question. However, the Solicitor General (SG) Tushar Mehta, who stood on the NTA side, informed the Apex Court that the expert committee came to the conclusion, after examining the issue, that the answer would remain the same in either the Hindi or English language.

"We had constituted a committee of three experts, one from IIT Guwahati, one from IIT Delhi, and another expert. All three have concurred that whether we take English or Hindi, the answer remains the same. I don't like succeeding against students. But in this case, experts have opined, "he added.

On the other hand, the Court agreed with the SG's answer, stating that the Court cannot change the decision once experts have given an opinion. "When experts have opined, there is no reason for us to interfere. We could have at least seen it if it was a law paper. We have to draw the line that is not our remit at all, "Justice Chandrachud remarked. A committee of three professors was set up. The consequence of the evaluation is set out by the authorities here. NTA has had the matter scrutinized again by 3 subject experts. "We cannot substitute our own view, particularly in the area of physics," said the court and dismissed the plea.

On Tuesday, the Supreme Court dismissed a plea seeking the court's attention to postpone the DNB/DrNB final exam, slated to be held from December 16 to 19. Filled by four doctors, the plea urged the court to extend the NEET 2021 examination dates as they were on COVID-19 duty. On behalf of the candidates, the plea was submitted by Senior Advocate Sanjay Hegde, who informed the court, "These are doctors who have served right through Covid. We are not asking for a postponement of the practicals. But to get to the practical, we have to go through a mountain of theory. What we need is a little breathing space. I am not speaking in terms of rights or wrongs. "

READ | CA December Exam 2021: 'We are not here to regulate everything,' says Supreme Court

In response, the court said, "How can we postpone exams?" There would be thousands of other students who would have prepared. "

The court dismissed the petition with the following order, "The 4 petitioners who are doctors have sought rescheduling of the DNB/DrNB final theory examination, which is scheduled for December 2021. The petitioners have also sought a direction to put the examination schedule on hold till the MBBS and diploma candidates selected in Neet PG 2021 join their affiliated colleges. Postponement of their examination is entirely the function of an expert body which is entrusted with the duty of hilding the examination. There are no extraordinary reasons for this court to breach the norm by entertaining this petition under Article 32 of the Constitution. Dismissed".