NEET: In light of the increasing suicide cases among students appearing for NEET, the Tamil Nadu govt is looking to organize counsel sessions for students 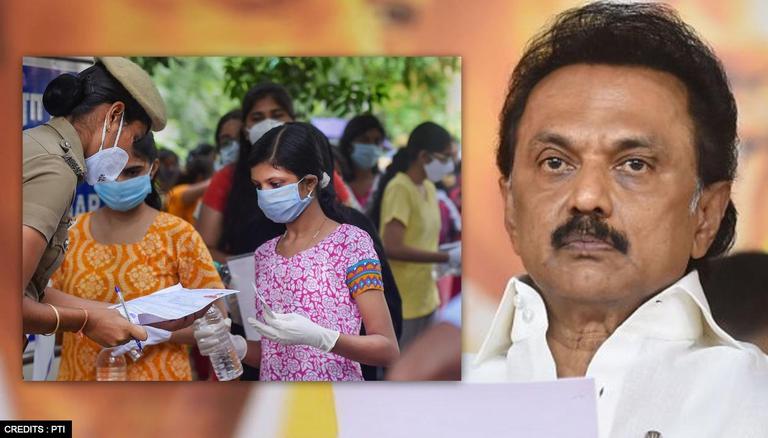 
In light of the increasing suicide cases among students appearing for NEET, the Tamil Nadu government is looking to organize counselling sessions for students who took the entrance exam this year. Tamil Nadu Health Minister M Subramaniam informed on Tuesday that over 1 Lakh students have appeared for NEET exams from the state this year.

"The counseling session will be conducted in the coming days over the telephone by various divisions of the State war-room in respective districts," Subramaniam told Republic TV.

Referring to the recent suicide incident of a 19-year-old medical aspirant who ended his life fearing the outcome of the NEET, the Health Minister said it is unfortunate that students take such an extreme step at such a young age. Subramanian recalled that when his party was in the Opposition, its leader MK Stalin often highlighted the stress that students undergo while appearing for the test.

On the Opposition BJP accusing the DMK of politicizing NEET suicides, Subramaniam said the saffron party was undermining the deaths of 16 youths as mere 'drama.'

"Sixteen students have died so far due to NEET pressure and this party is calling it a drama. Instead of attacking the government, the BJP should look into the kind of stress NEET exam causes and take appropriate action," the Health Minister said.

The Tamil Nadu Assembly on Monday adopted a bill to scrap the National Entrance-cum-Eligibility Test (NEET) and provide admission to medical courses based on Class XII marks to ensure 'social justice.'

Chief Minister MK Stalin introduced the Bill and all parties, including the main opposition AIADMK and its ally PMK, besides others like Congress, supported the bill, which seeks to provide for admission to UG courses in medicine, dentistry, Indian medicine, and homeopathy on the basis of marks obtained in the qualifying examination, (Class XII). The opposition BJP however staged a walkout, protesting against the government's move.

Opposing the bill, Tamil Nadu BJP Chief Annamalai stated that even if one 'stands upside down', NEET cannot be banned in the state. Responding to the same, Subramaniam said it does not matter what the BJP thinks about the bill, as it favours the people.