Sharing her younger sister's success, Tina Dabi congratulates Ria Dabi and said she was delighted that her sister got 15th rank in UPSC. 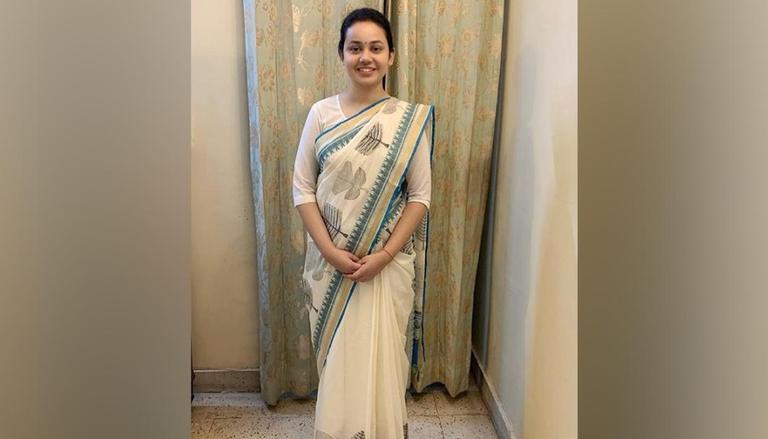 
Ria Dabi, 23, repeated history on Friday, September 24, when she secured an all-India rank of 15 in the Union Public Service Commission exam in 2021. Ria is the younger sister of Tina Dabi, who is currently serving as a Joint Secretary in the Finance Department with the Rajasthan government, an IAS officer who topped the UPSC Civil Services in 2016. Tina's success in the UPSC was widely celebrated as she became the first Dalit woman to top the Civil Service examination. Sharing her younger sister's success, Tina congratulated Ria and wrote, "I am delighted to share that my younger sister Ria Dabi @ria.dabi has got rank 15 in UPSC[sic]." Following her elder sister's path, Rina too completed her graduation from Lady Shri Ram College, New Delhi, and, like Tina, she cracked the UPSC examination in her first attempt.

While speaking to media persons, the 23-year-old spoke about how her elder sister became her source of inspiration, who guided her in achieving her dream. And credited her mother for this success, as she believes it was because of her mother's sacrifice she made it in the first attempt. Ria's mother left her career to raise her daughters, while Ria's father works with Bharat Broadband Network Limited (BBNL). After UPSC Results 2020 was announced, Ria took to her Instagram account and expressed her feeling after qualifying for the UPSC civil service exam. She wrote, "I’m taken over by a wave of emotions. So happy, so overwhelmed, so grateful. My parents and sister have been my biggest pillars of support. I couldn’t have done it without them. A big shoutout to my mother, who has always been my role model. Lastly, thank you for all the kind wishes![sic]."

The final results of the Union Public Service Commission were announced on Friday, September 24. A total of 761 candidates qualified for the examination, including 545 male candidates and 216 women. Bihar's Subham Kumar, 24-years-old, secured the top rank in the civil service examination in his third attempt and made it to the Indian Defense Account Service (IDAS) after qualifying in the Civil Service examination. While Jagriti Awasthi, who is a BTech graduate in Electrical Engineering from AMNIT, Bhopal, secured the second position in the overall 2nd rank and Ankita Jain became the third topper of UPSC Civil Services result 2020.

I have secured 15th rank in the exam conducted by UPSC. pic.twitter.com/kqMnJ4uzSW

This year, the top 25 candidates included 12 women and 13 men. While 150 candidates have been kept on the waiting list. The candidates who qualify in the UPSC examinations are selected to be the country's bureaucrats, diplomats, and high-ranking police officers.