Vodafone Idea is reportedly the most vulnerable company in India in the telecom sector right now. The Supreme Court of India has dismissed the plea made by the company to provide a flexible payment schedule. The SC has said asked the firms to pay their AGR (adjusted gross revenue) or the Department of Telecommunication (DoT) may amount to contempt of court. Now, customers of Vodafone Idea are reporting network failure and internet issues from various places.

What happened to Vodafone Idea Network?

The Vodafone Idea is losing share in the market and this is the reason why there has been a downfall in the connectivity of its users. Complaints such as non-functioning internet and not getting through a call using the network have increased significantly since the ruling of the Supreme Court. The reports of outages have also increased significantly from various cities in India.

According to IsTheServiceDown.in, the maximum reports are from Bengaluru with 279 reports followed by Pune, Delhi, and Mumbai with 229, 224 and 207 reports, respectively. 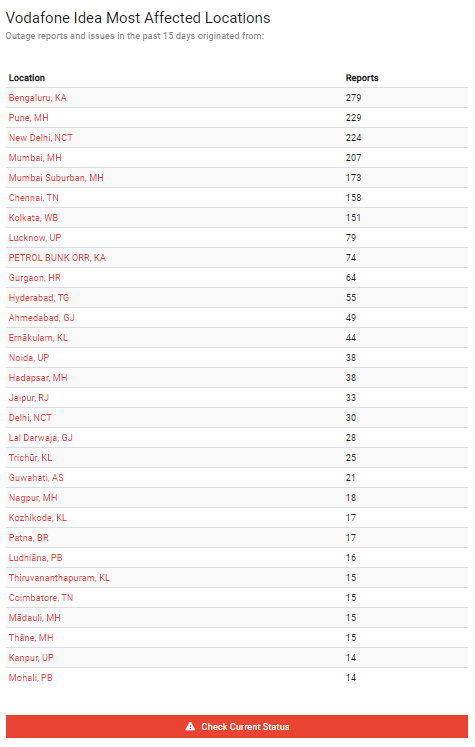 The most reported problems are of the internet with 42.44% reports, then calling problems with 29.62%, total blackout issues with 21.01% and more. 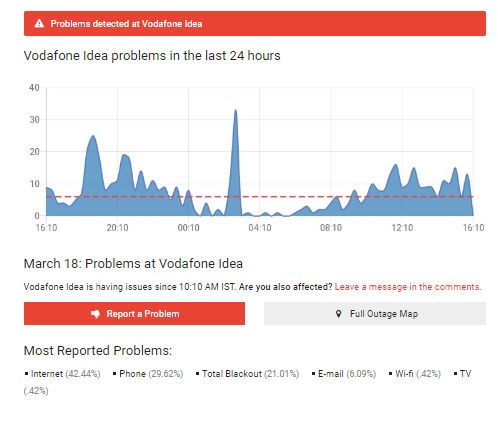 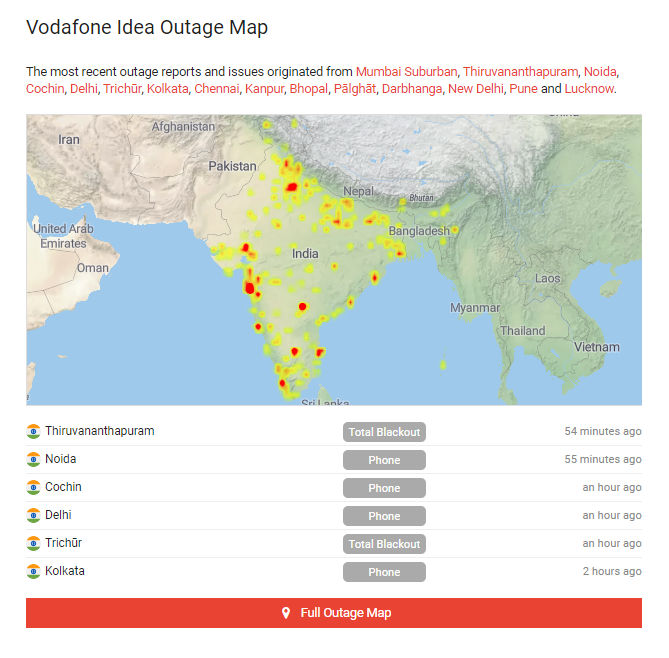 The Vodafone Idea had AGR dues of $3.8 billion to pay immediately. It is currently impossible for the telecom companies to pay the amount. This is a cause of concern as their potential downfall may result in a big hit to the Indian economy. It is hard to say if the organisations will be able to sustain the time with 13,000 direct employees and loans from banks of about $3.8 billion. However, reports suggest that the Government is planning on something that would not affect the ruling of the court and may help the companies to survive the storms. However, there is no information as of now on how long the Vodafone Idea network down problems will take to reconnect for various affected users.