What Is A Super Cyclone? Amphan Cyclone Reported To Be A Deadly One After The 1999 Cyclone

Cyclone Amphan which is recently creating fear in eastern India is all set to make its landfall on the coast of West Bengal on the evening of May 20, 2020. Cyclone Amphan is now considered as a super cyclone since May 18 noon and is a serious issue as the cyclone's associated wind speed is 220-230 kmph. The Amphan cyclone is expected to the cross the coast of West Bengal and Bangladesh on the evening of May 20. The cyclone will cross Digha in West Bengal and Hatiya islands in Bangladesh. The Hatiya islands are close to the Sunderbans of West Bengal. The landfall is expected to occur with the speed of an extremely severe cyclonic storm i.e. 165-175 kmph gusting to 195 kmph.

What is a super cyclone?

Check the image shared by the Storm surge guidance from INCOIS on May 18. The map shows the eastern coast of India and the storm surge in the location. The previous cyclone which hit India before this was the Odisha cyclone of 1999. The 1999 cyclone was considered to be the strongest cyclone seen in the North Indian Ocean after 1991 Bangladesh's cyclone. The deadliest tropical Indian cyclone was seen in 1971.

The 1999 Super cyclone in Odish struck the coast of Odisha with a height of 26 feet. Approximately 275,000 homes were destroyed and it affected another 19.5 million people. It occurred when the cyclone was initiated in the last week of October 1999, it started around October 25 and the storm dissipated on November 4, 1999.

Check the latest tweet by the Indian Meteorological Department. 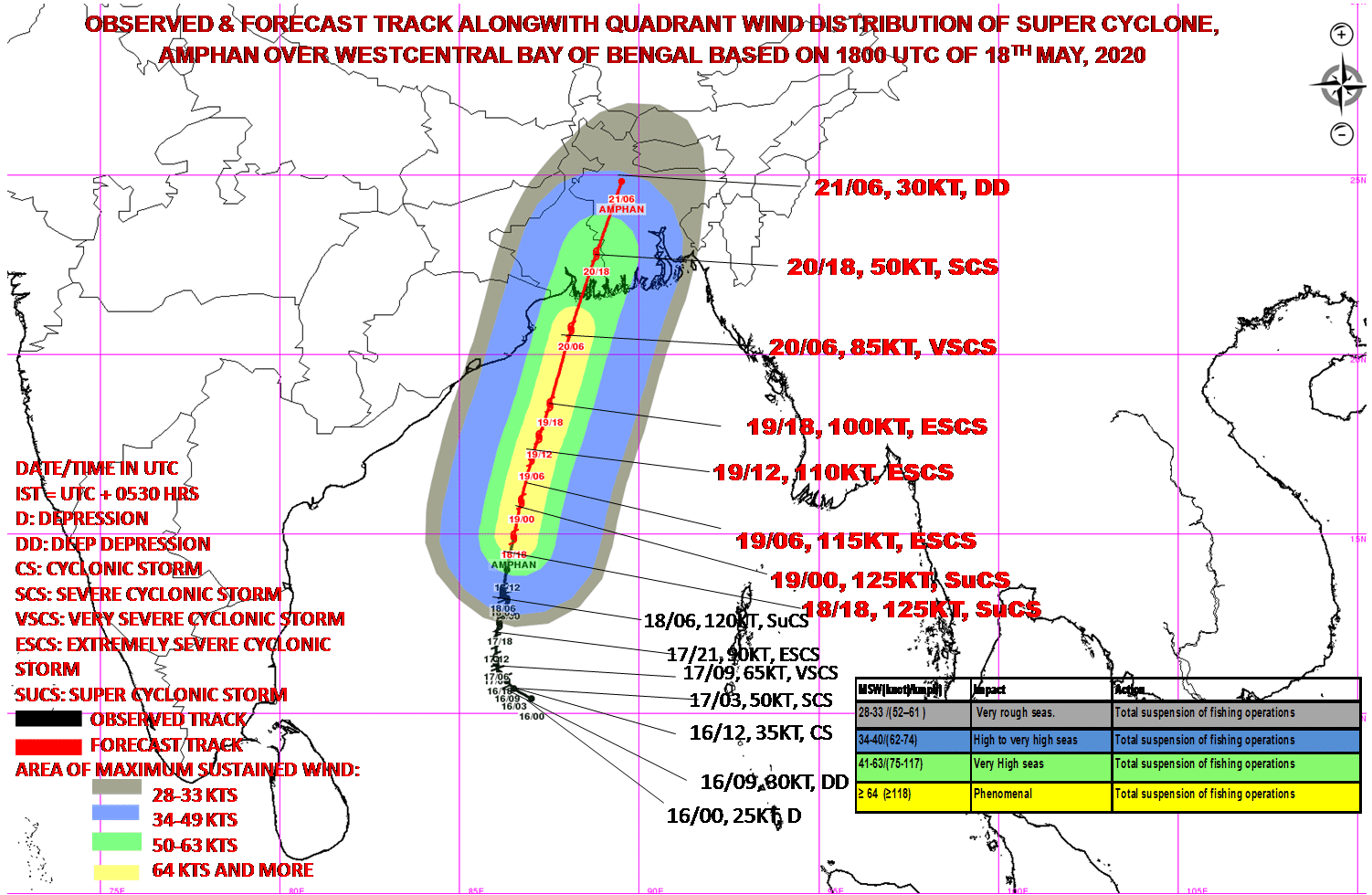 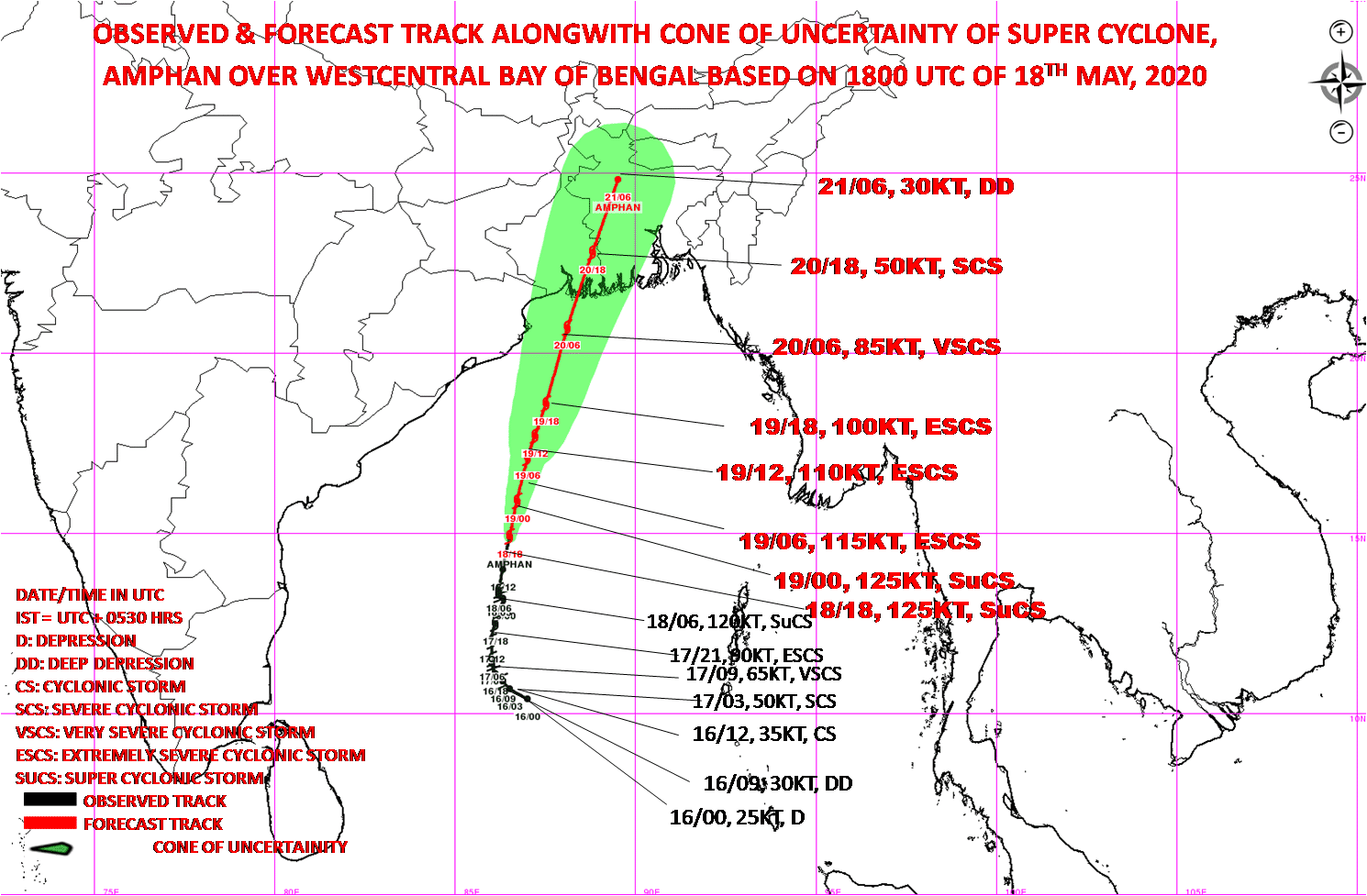 Latest preparations in the account of incoming Amphan cyclone

ALSO READ| Cyclone Amphan: Residents Of Slums Will Be Evacuated By May 19, Informs Jagatsinghpur DM

WE RECOMMEND
1 week ago
Cyclone amphan: residents of slums will be evacuated by may 19, informs jagatsinghpur dm
1 week ago
'amphan' to intensify into super cyclone by evening: mha
6 days ago
Odisha special relief commissioner says 'amphan' may turn into super cyclone
1 week ago
37 ndrf teams to combat dual challenge of cyclone 'amphan', covid-19: dg
6 days ago
Cyclone amphan: odisha chief secretary says, 'state has to evacuate around 60,000 people'

PEOPLE HAVE PLEDGED SO FAR
LATEST NEWS
View all
23 hours ago
'do not pressurize students amid exams,' hrd minister ramesh pokhriyal urges parents
1 day ago
Hrd minister lauds nta for ‘abhyas’ app to help jee and neet exam aspirants amid covid
2 hours ago
Ibps clerk reserve list cut off for 2020, exam dates, and other details