Amethi and Rae Bareli, the only seats Congress had won in Uttar Pradesh in the 2014 general elections, have been the historic bastion for the Gandhi family. Rahul Gandhi has been contesting in that seat since 2004, and has been coming out victorious on each occasion.

The list, however, does not the name of Priyanka Gandhi Vadra, who recently announced her entry into active politics after being inducted into Congress as the General Secretary for UP East.

Furthermore, the names of four candidates for Gujarat have also been announced including Vadodara and Anand which are BJP strongholds. The party has come out with only 15 names in its first list of candidates for the Lok Sabha elections. 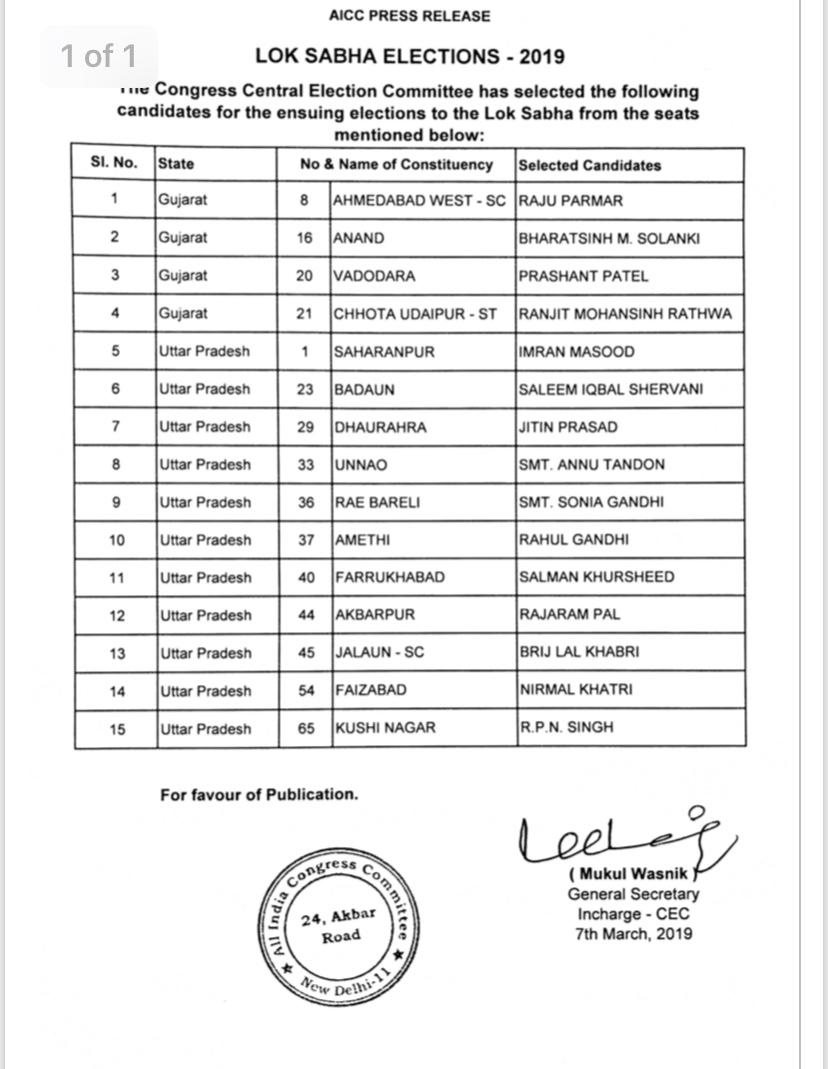 In 2004 and 2009, the Congress president came out victorious with a huge margin from Amethi, finishing with more than double the votes of the runners-up. Even after receiving stiff competition from BJP leader Smriti Irani in 2014 polls Rahul Gandhi had won just over 4 lakh votes, and got 46.71 % vote share in 2014. Smriti Irani came a close second, winning over 3 lakh seats with a vote share of 34.38% - a sizeable dent in the Gandhis' fortress, as can be evidenced from the fact that apart from in Amethi and Rae Bareli, the Congress was wiped out in India's most populous state.