In its first list, the BJP has replaced 12 names of sitting MLAs, while 52 incumbent MLAs have been repeated. Further, the party has included 12 women in the first list of 125 candidates. 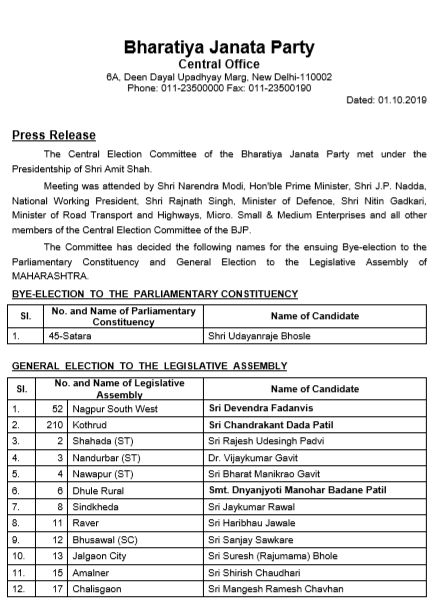 Read: Maharashtra Elections: VBA and MIM alliance not yet confirmed 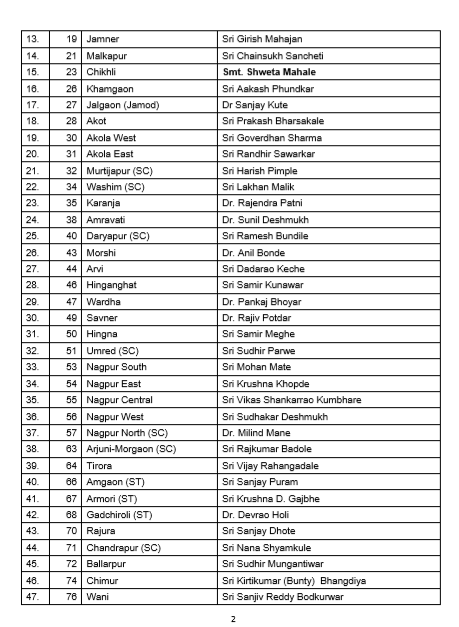 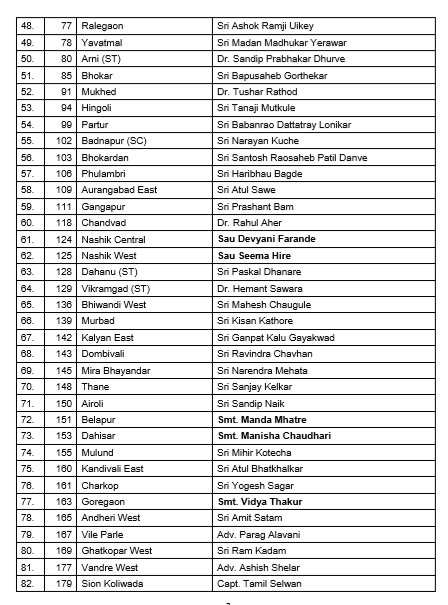 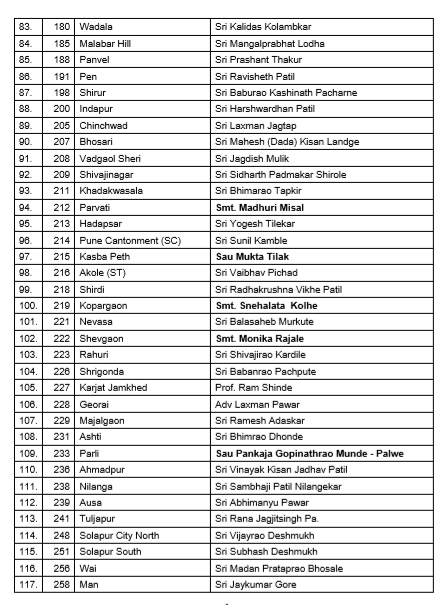 According to the announcement by the Election Commission, the Maharashtra Assembly elections will be held on October 1. It will be held in a single phase and the counting procedure would be conducted on October 24. Maharashtra consists of an assembly of 288 seats. The Election Commission chief Sunil Arora also announced that the last date of nomination is on October 4. In 2014 in the Maharashtra Assembly elections, the BJP and Shiv Sena had contested separately over a dispute over sharing of seats. The BJP had won 122 out of 260 seats it had contested while the Sena bagged 63 out of 282 seats. After the BJP government was formed, Shiv Sena had joined the alliance. The Shiv Sena and the BJP will contest the Maharashtra Assembly elections together this time after an announcement was made over seat-sharing. Shiv Sena scion Aaditya Thackeray will become the first from his family to contest elections, fighting it out for the Worli seat.

Read: Maharashtra poster war: Shiv Sena poster claiming next CM from its party put up in Nasik despite Fadnavis-Thackeray understanding

The detailed schedule of the Maharashtra Assembly elections