With the counting for the Jharkhand Assembly polls underway, the current trends indicate a 100% accurate prediction of Republic Jan Ki Baat Exit Polls.

With the counting for the Jharkhand Assembly polls underway, the current trends indicate a completely accurate prediction of Republic Jan Ki Baat Exit Polls. As per the Exit Polls conducted on Saturday, Pradeep Bhandari's Jan ki Baat predicted that the BJP would fail to cross the halfway mark in the 81-seat Assembly. The Congress-JMM-RJD (UPA) alliance was predicted to win over the incumbent BJP government. 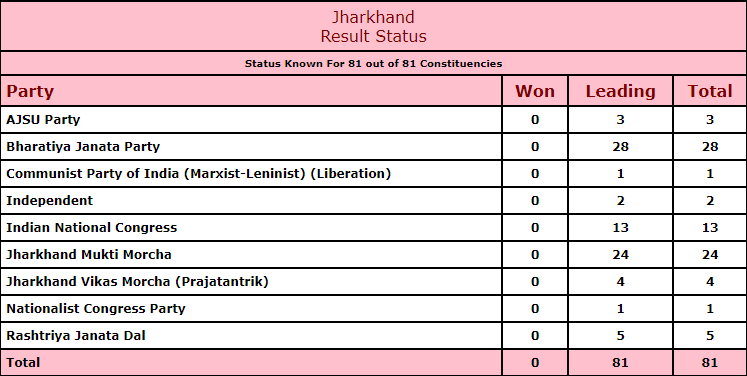 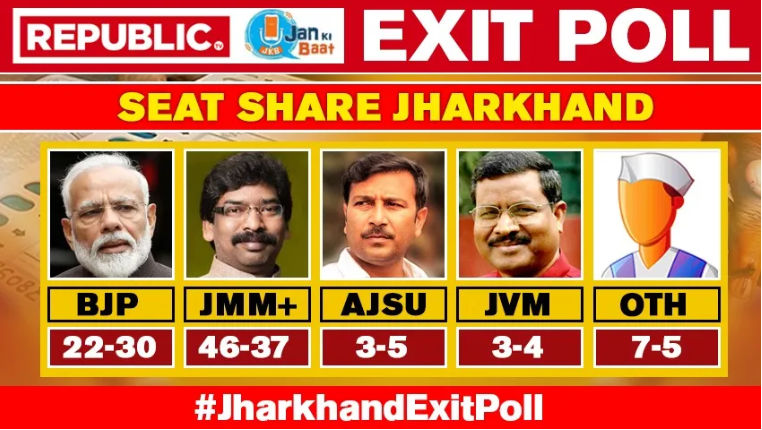 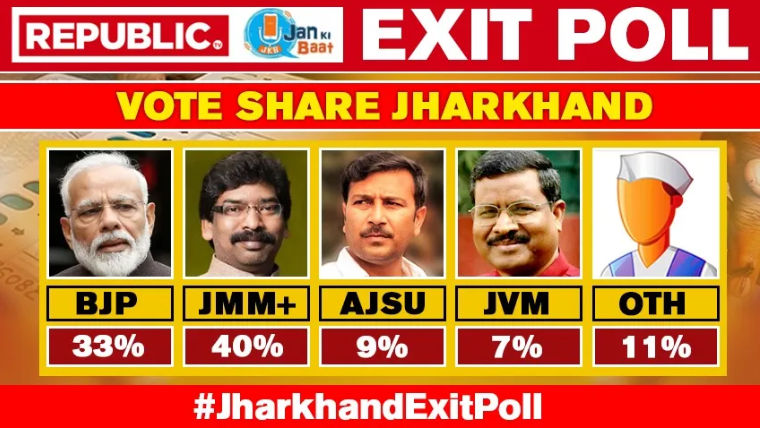 The BJP and its allies AJSU, LJP who were initially touted to jointly contests the polls had a fallout leading to both parties fielding their own candidates against their saffron ally. While there is a possibility of AJSU and LJP joining a post-poll alliance with the BJP. The incumbent party faces a tough fight in the following key constituencies - Jamshedpur East, Chakradharpur, Litipara,  Baghmara, and Jharia. PM Modi, Amit Shah, Yogi Adityanath, Priyanka Gandhi, Rahul Gandhi have all campaigned actively throughout the state in all five phases.

CM Raghubar Das, eyeing a sixth consecutive win from Jamshedpur East faces BJP rebel and former minister Saryu Rai, who is contesting as an independent candidate. Rai was instrumental in exposing former Bihar CM Lalu Yadav in the fodder scam and exposed the multi-crore  Iron Ore Mines allotment scam under former Jharkhand CM Madhu Koda. Meanwhile,  BJP state president Laxman Gilua who lost the Lok Sabha polls in May 2019 inspite of the larger mandate the BJP won, faces a tough battle against JMM incumbent Shashihbushan Samad for Chakradharpur. Another interesting battle is between incumbent BJP MLA Sanjeev Singh's wife and her widowed sister-in-law Purnima Singh who is fighting on a Congress ticket for the Jharia seat. The incumbent MLA Sanjeev Singh is being tried for killing his political rival and cousin Niraj Singh.

The last Jharkhand state polls in 2014 BJP swept the elections after the first Modi wave winning 37 seats. Along with an alliance with AJSU and some defected JVM MLAs, the BJP successfully formed the government ushering Jharkhand's first non-tribal CM. The JMM which had held the government in the state managed to win only 19 seats, while the Congress was left with only 6 seats.