RIGHT ON CUE: Pakistan Picks Up On Congress Statements, Imran Khan's Minister Weaves It Into His Anti-India Narrative

Pakistan's government has now made India's opposition's political attacks against the Modi government its go-to defence, if Imran Khan's Foreign Minister Shah Mehmood Qureshi's latest interview on Pakistani television is to be believed.

Pakistan's government has now made India's opposition's political attacks against the Modi government its go-to defence, if Imran Khan's Foreign Minister Shah Mehmood Qureshi's latest interview on Pakistani television is to be believed.

Speaking to Pak's Geo TV, Qureshi, who has bumbled sheepishly through an unending list of interviews to global media in the last few days in an effort to spin the narrative against Pakistan which has become increasingly isolated over its backing for terrorism, remarked how in the days following the Pulwama terror attack all the Indian Opposition parties had supported the government, but later, after the all party meet on February 27, revolted.

Qureshi especially cited the Congress, highlighting how it was opposing what the Indian government was saying.

Aside from extolling the Congress, the Pak Foreign Minister also lied through teeth about how Pakistani alertness and intelligence had prevented India from attacking as many as five targets. On the day following the Balakot strike, the same Qureshi had sat beside the Pak Defence Minister who cluelessly said that the Pak Air Force was unable to stop India's strike because it was dark.

WATCH TO BELIEVE! "Our Air Force Was Ready But It Was Dark..." Says Pakistan's Clueless Defence Minister After Terror Camps Are Pummeled By Indian Air Force

Qureshi's statements came on a day that the Congress went all-out to question the forces over the potency of the strikes, with Navjot Singh Sidhu shamefully asking if the IAF had gone there to uproot trees or uproot terrorists.

Stop politicising the army for your political motives

Army is as sacred as the state!

Stop deflecting the real issues, they will come back to haunt you

All this gone, because your ‘so-called’ propaganda war is on.. pic.twitter.com/T8gnoZVPkl

reporting no proof of militant losses at Balakot pro-Pakistan ?

You are guilty of politicising terror ?

And here's the 21 parties' statement: 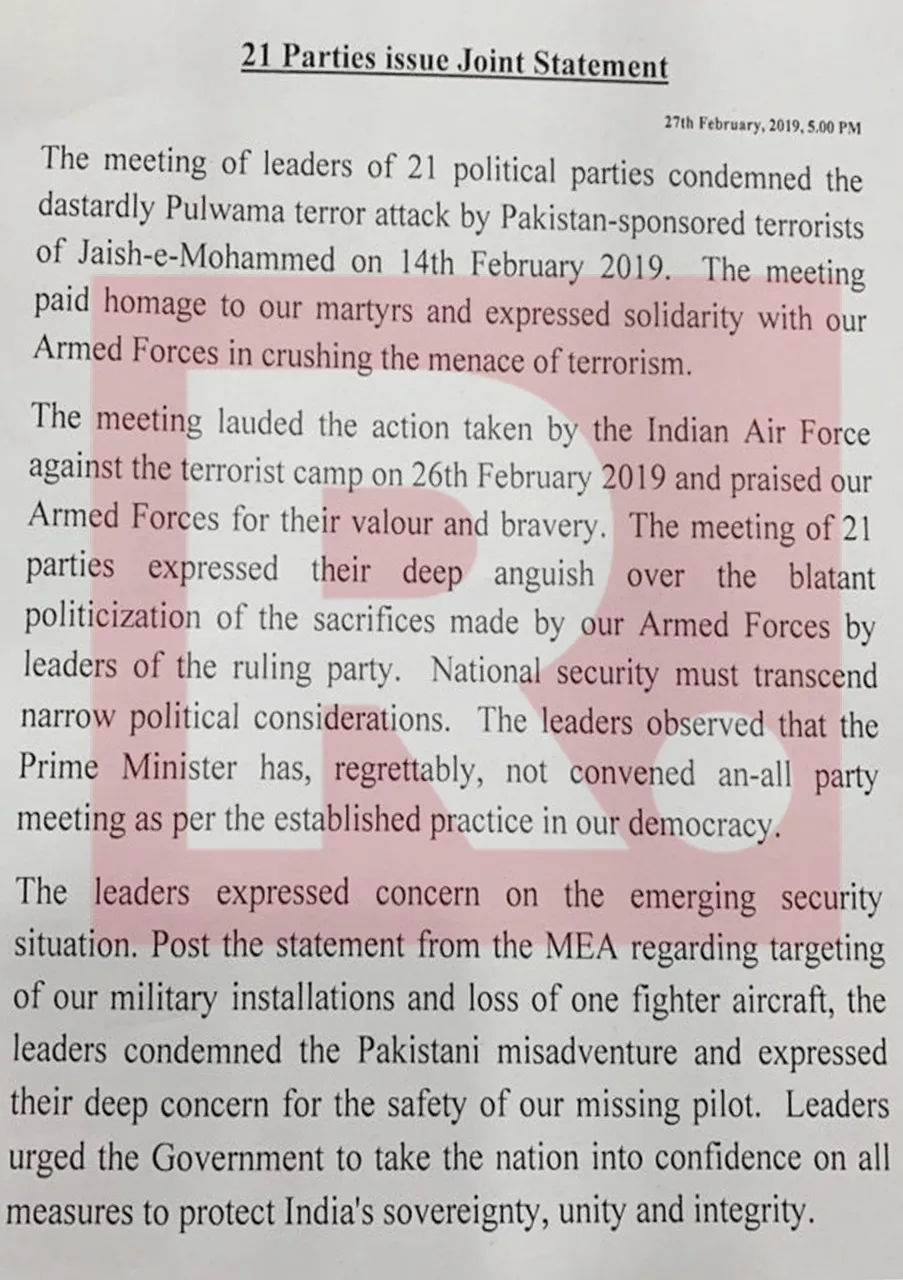 The Prime Minister referenced this manner of politicisation while he was addressing a poll rally in Ahmedabad, slamming those politicians whose statements had been used to make Pak narrative-pedalling headlines in Pakistani media.