In the build-up to what's beginning to appear as a high-voltage election in Jharkhand, the Jamshedpur East constituency has become the centre of attention

In the build-up to what's beginning to appear as a high-voltage election in Jharkhand, the Jamshedpur East constituency has become the centre of attention as Jharkhand CM, Raghubar Das is going to be up against his own Minister, Saryu Rai, in a direct contest. Saryu Rai, who was the food and civil supplies minister in Ragubar's cabinet, tendered his resignation on Sunday and also resigned from the membership of the Jharkhand Vidhan Sabha. 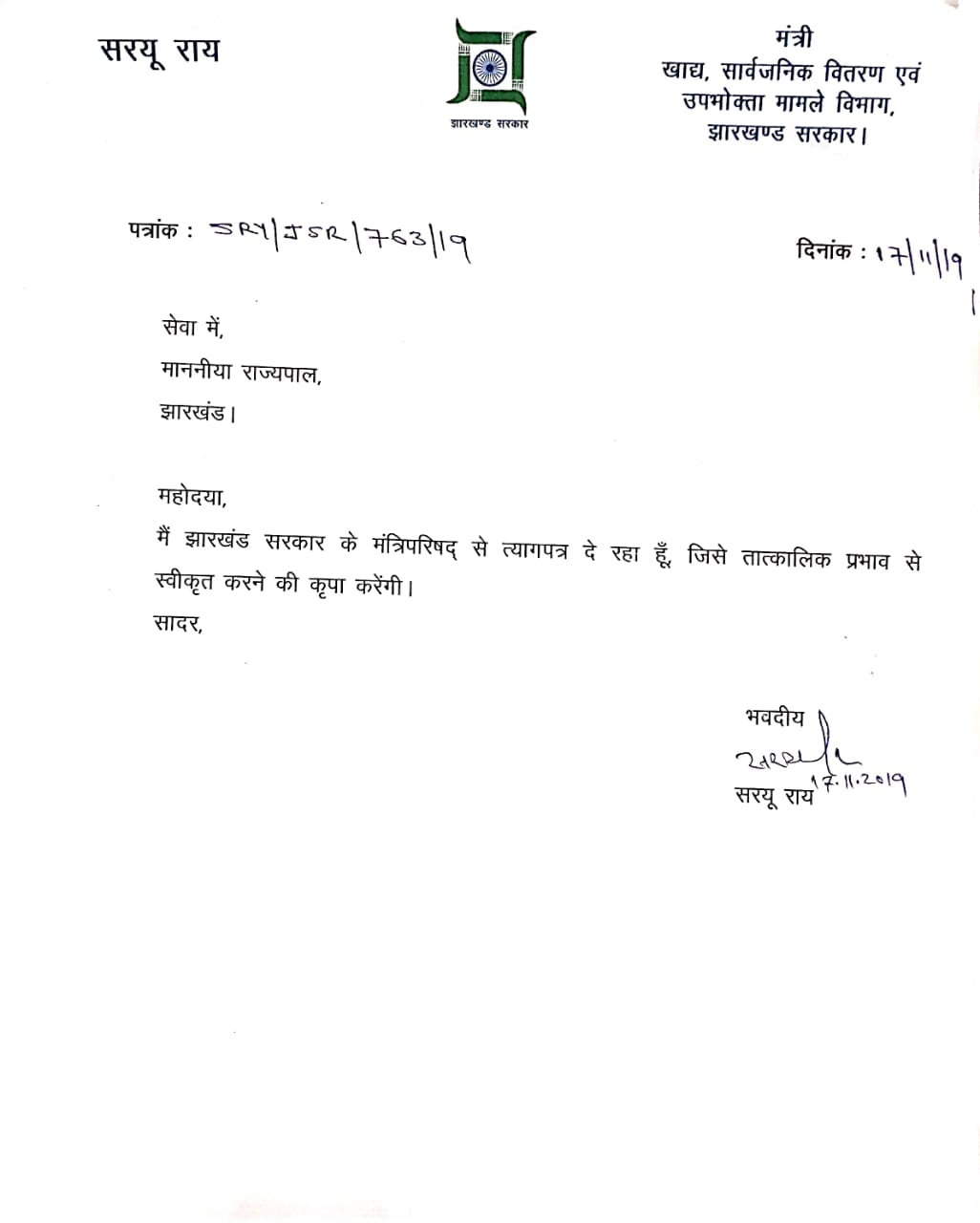 Rai, who is known as the "Chanakya" of Jharkhand politics, despite being a part of the Jharkhand Cabinet, was a critic of Ragubar Das's working style. Raghubar Das ensured that the BJP high command denies Saryu Rai a ticket from the Jamshedpur West seat, which he represented in the last assembly election. Hence, Saryu Rai decided to contest against the Chief Minister in his constituency. On Monday, both Raghubar Das and Saryu Rai filed their nomination papers.

After filing his nomination papers as an independent candidate, Saryu Rai said that "the Central Parliamentary Board kept my ticket on hold till yesterday. It was an embarrassing situation for me. I had no option but to fight as an independent candidate.
In the Chief Minister's constituency, people are living in fear. Till now only five percent of Raghubar Das' corruption is out in the open. Raghubar Das' corruption is so deep-rooted and full of taint that even Modi detergent and Amit shah laundry will be not able to wash it. So the people will decide to wash him out in this election. Now he is known as "Raghubar Daag " and not "Raghubar Das". I will put all his corrupt practices in front of the people and the BJP high command. I have not yet resigned from BJP."

'Everyone has the right to contest': Das

Raghubar Das first held a meeting of party workers and later reached district administration office of East Singhbhum district to file his nomination papers for Jamshedpur East constituency. Das walked with the party workers to file the nomination papers from meeting ground to the district administration office. Das has been winning the Jamshedpur East seat since 1995. After filing his nomination papers, Raghubar Das took an indirect dig at Saryu Rai and said that "Its democracy and everyone has a right to contest the election."

The rivalry between Raghubar Das and Saryu has been out in the open for the past 5 years. On many occasions, Rai even questioned the decisions of the Jharkhand government of which he was the senior-most member after the Chief Minister. Rai raised issues of corrupt practices prevailing in Jharkhand and even shot off many letters to the CM. Rai was a part of the JP Movement in 1974 and has been an RSS worker since his college days. He was instrumental in exposing the fodder scam in united Bihar and mining scam in Jharkhand in 2008, as a result of which both former Chief Ministers Lalu Yadav and Madhu Koda served jail sentences. Saryu Rai has pledged to expose the corrupt practices of Raghubar Das, but for him to trounce the Chief Minister in his Jamshedpur East constituency which he has represented 5 times, will be an uphill task.

Read: BJP to snap alliance with AJSU in Jharkhand, decides to contest all 81 seats