A man from Chennai was diagnosed with COVID-19 and the resulting pulmonary problems. He was on ECMO and ventilator support for roughly 109 days, recovered. 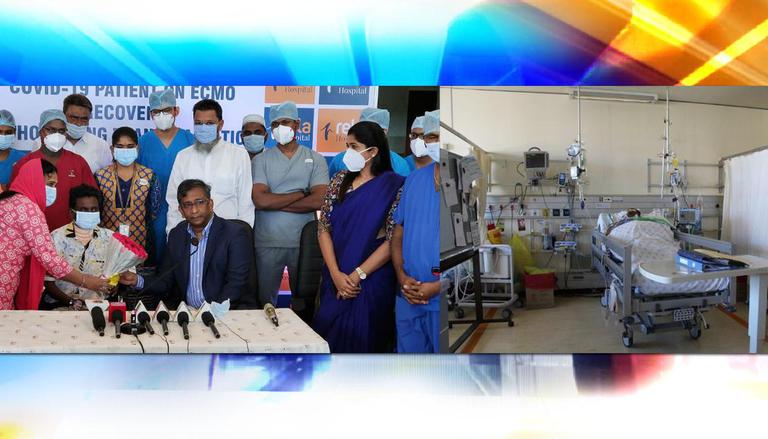 
A man from Chennai was diagnosed with COVID-19 and the resulting pulmonary problems. He was on ECMO (Extracorporeal Membrane Oxygenation) and ventilator support for roughly 109 days before recovering without the need for a lung transplant, according to the city hospital where he was being treated.

56-year old Mr. Muddhija is India’s longest surviving #COVID19 patient on #ECMO. He was on ECMO and Ventilator for 109 days. Today, the team gave him a hearty send off. We wish the warrior healthy days ahead.#Covid19India #COVIDCare #COVID19outbreak #COVIDIndia #RelaHospital pic.twitter.com/8F3D3rytgj

Muddhija, who is 56-years-old, was discharged from the hospital on Thursday is in good health. After spending almost nine weeks on ECMO assistance, he became a living miracle, as no one in the country has recovered without a lung transplant. Mudijja did not require a lung transplant after nine weeks of ECMO assistance, according to Rela Hospital. Muddhija suffered breathing problems after testing positive for COVID-19 in late April and was referred to Rela Hospital. Before his admittance, a CT scan revealed mild COVID-19 pneumonia.

Muddhija began to improve after nearly 50 days on ECMO, with improved lung performance. According to Dr C Arumugam, the clinical team opted to continue with the treatment plan but without a transplant. Dr Arumugam stated that Muddhija is the only patient in the country to recover without lung transplant after being hooked up to an artificial lung ECMO for over 60 days.

With fears of a third Coronavirus wave and the public still not fully vaccinated, Prof Mohamed Rela believes that the ECMO machine will be a key tool that the healthcare community will rely on to treat other life-threatening illnesses in these uncertain times. Meanwhile, MGM Healthcare, a super-speciality hospital in the city, announced that it had successfully treated a 32-year-old male COVID-infected patient who had been on ECMO assistance for 72 days. He's now the country's second-longest ECMO COVID-19 survivor. MGM Healthcare, which has one of the country's most comprehensive ECMO programmes, has reportedly treated more than 200 COVID patients on ECMO with lung transplantation where necessary.

Mudijja was put on ECMO in June

After getting the Coronavirus, Muddhija's lungs were seriously injured, and he suffered from a variety of other health problems, including ENT, haemorrhage, disseminated intravascular coagulation, and seizure episodes. During this time, he even went into cardiac arrest. To stabilise his health, he was put on ECMO in the first week of June and had a tracheostomy in the second week of June. He was recently discharged from the hospital.