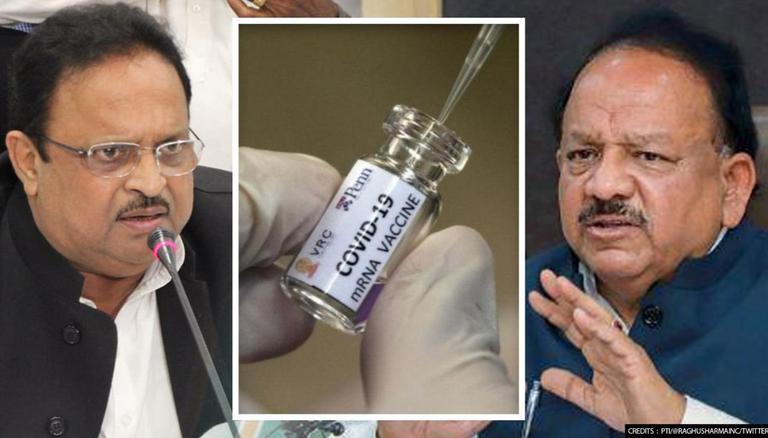 
Amid an intensified political tussle between the Centre and state government over reports of vaccine wastage, Rajasthan Health Minister Dr Raghu Sharma on Tuesday said that the state registered zero wastage of COVID-19 vaccines during the inoculation of 18 to 44 years age group. He added that vaccine wastage in the immunization drive for beneficiaries 45 years and above was also limited to only 2 per cent.

Vaccine wastage refers to the number of doses wasted as compared to those administered during the drive. "The national average vaccine wastage is 6 per cent. The Government of India has allowed for 10 per cent vaccine wastage," Dr Raghu Sharma said.

The statement came a day after the Centre accused the Rajasthan government of deliberately wasting Coronavirus vaccines. Dr Sharma claimed that 1.66 crore people have been vaccinated in Rajasthan till May 28 and that the state was number one in the vaccination process.

"A vial can vaccinate 10 people. When a vial is opened and only eight people are vaccinated, the remaining two doses will be wasted if they not utilised within four hours," Dr Sharma said.

Taking a note of the reports of COVID-19 vaccine wastage in the Congress-ruled state, Union Health Minister Dr Harsh Vardhan on Monday wrote to state health minister Dr Raghu Sharma. He urged all the states and Union Territories (UTs) to achieve the target of zero vaccine wastage and handle the vials responsibly.

Rajasthan chief minister Ashok Gehlot on Friday rubbished the allegations from BJP that the state had wasted 1.15 million vaccine doses and termed it as an attempt to break the morale of Coronavirus warriors. “I will appeal to the leaders of the Opposition not to do such negative politics during the time of the pandemic,” he tweeted.

Senior BJP leaders, including Union minister Gajendra Singh Shekhawat, alleged that Rajasthan has wasted 11.5 lakh vaccine doses. The chief minister attributed this incorrect figure to technical glitches in eVIN – software that tracks vaccination. Union Minister Hardeep Singh Puri took a dig at the Congress by saying, "Just a few days back a Congress veteran with several great deeds to his credit demanded an audit of domestic vaccine manufacturers and today **** has hit the fan in Rajasthan where the Govt had to order an audit after 11.5 lakh doses were found wasted."

Countering the claims, CM Gehlot said that the BJP-led Centre failed to provide the vaccine and was trying to shift the blame on the states. “I will appeal to the Opposition leaders in Rajasthan to pressure the Centre in the interest of the state so that we get more doses of the vaccine. The Centre should also ensure free universal vaccination. Rajasthan tops the country in vaccination and will continue to do its best work even further,” said the CM.