Dr BR Ambedkar statue is planned to be put at a sprawling 10 area near NTR Gardens, Hyderabad. The total project is staked at an estimated cost of Rs.146 cr. 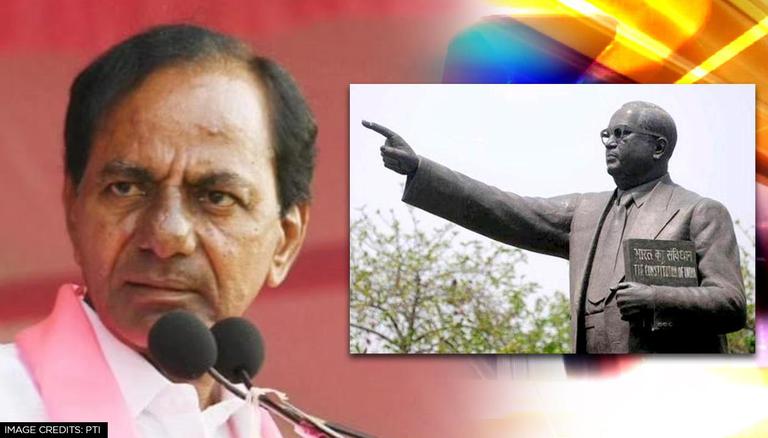 
A statue of Dr BR Ambedkar in Hyderabad is expected to complete installation in the next 15 months. This 125-ft tall statue previously had a deadline of April 14, 2017. It is the brainchild of Chief Minister K Chandrasekhar Rao. State Scheduled Castes Development Minister Koppula Eshwar on Thursday inspected the statue and announced, "The bronze statue of the architect of Indian Constitution would come upon 11.4 acres of land near Hussain Sagar lake in the city." Koppula Eshwar, about the delay in the project, stated, "Technical issues and issues related to the finalisation of design are involved in the project. As a result, there has been some delay in the progress of the project."

Additionally, an official release suggested that Telangana CM K Chandrasekhar Rao was eager to get the prestigious projected completed as soon as possible. The release read, "The minister gave directions to complete the project in 12 to 15 months." The release further mentioned that the complex that planned to house the statue would have a museum, library, conference hall among other facilities. The release read that seminars and skill development workshops would also be held in the complex. The release Back in 2016, CM KCR had held a Bhumi Puja for the project and urged for a quick installation by next year, which did not turn out in favour of the CM and instead, the dates kept pushing back.

The Dr BR Ambedkar statue is planned to be put at a sprawling 10 area near NTR Gardens, Hyderabad. The total project is staked at an estimated cost of Rs.146 crore. The designs for the projects have been curated upon special instructions and will be installed at a hillock in the gardens. This project is also planned at garnering more sightseers and make it a perfect tourist spot in Hyderabad. As per the designs, the statue will be around 45-ft wide and have 9 tonnes of bronze skin coating. A whopping 155 tonnes of stainless steel will be used to make the statue’s frame.