A fresh batch of 25 foreign envoys landed in Srinagar on Wednesday. The diplomats belonging to the European Union will visit Jammu on Thursday

In yet another attempt to demystify the ground reality in Jammu and Kashmir, a fresh batch of 25 foreign envoys landed in Srinagar on Wednesday. The diplomats belonging to the European Union, including Germany, France, Czech Republic, Poland, Bulgaria, and Hungary will be in Srinagar for a day on Wednesday and in Jammu on Thursday.

The delegation was briefed about the security situation in Kashmir by Chinar Corps Commander and other senior officers from the security apparatus. Secretary (W) Vikas Swarup is overseeing the visit on behalf of the Ministry of External Affairs. On Wednesday, the foreign envoys had an extensive discussion which lasted for over an hour at the Lalit Hotel with people from various walks of life. The discussion started around 3:30 in the evening with several prominent academicians, scholars, doctors, and students. The envoys also met few young political leaders from far-flung areas. 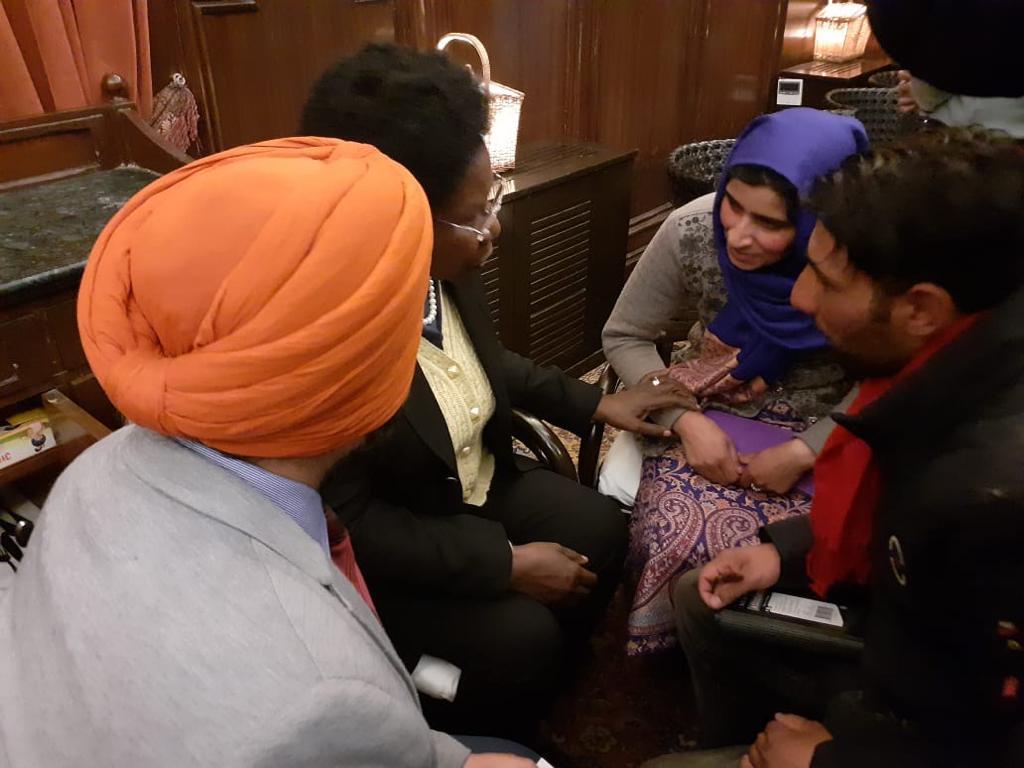 Political activist Mir Junaid, who was also a part of the group which met the foreign envoys, spoke to Republic TV about the engagement. “It was very productive. The envoys were concerned about peace in the region. So we explained this to the delegation that peace won’t happen unless other countries diplomatically handle Pakistan. Pakistan has been fear-mongering. They are keeping the issue alive. This is an internal matter. Our government can handle,” said Junaid.

The delegation also took the opportunity to request the foreign envoys to look at business opportunities in the valley. “We did speak about FDI in Kashmir. A 3% investment should be dedicated to Kashmir. We requested them to initiate a process whereby we can have a long term engagement with their respective countries,” said Junaid, adding, “Jammu and Kashmir Workers Party would engage with the ambassadors. A positive sign was shown by the delegation. We also discussed the abrogation of Article 370. We told them abrogation is for a change. We don’t know whether it is good or bad. Meanwhile, we can’t let all sectors in the valley suffer because of this decision.”

The visit also comes days after the stringent Public Safety Act (PSA) was slapped on former Jammu and Kashmir chief ministers - Omar Abdullah and Mehbooba Mufti. Security has been tightened in Srinagar and the areas around the hotel where the delegation of foreign envoys are staying. Meanwhile, opposition parties have hit out at the government saying that this is nothing but a guided tour.

READ | 'If foreign envoys allowed in Kashmir, why not MPs?' asks CPI(M)'s Tarigami

The opposition party's claims about the foreign delegation witnessing empty roads in the valley also appeared to be different than the ground reality. Videos accessed show traffic to be routine.