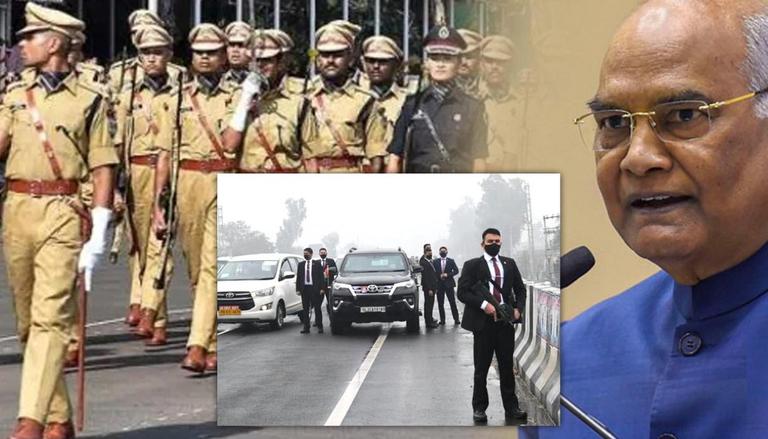 
In a major development, around 27 former IPS officers have written a letter to President Ram Nath Kovind, requesting to take immediate action of the 'intentional and planned security lapse' compromising the Indian Prime Minister in Punjab with 'so-called protestors' prompting PM Modi to cancel his rally in Ferozpur.

In a letter to the President, the officers said, "Respected Rashtrapati Ji, We, the former Police Officers, having devoted our life time to serve in different capacities all over India, are surprised to the happening in the border State of Punjab when the journey of the Prime Minister on a scheduled visit was interrupted by a crowd of protestors blocking the road was not only a sheer lapse of security but a shameful open display of collusion of the state machinery with the so called protestors to embarrass and harm the Prime Minister."

The officers added in their letter that the gravity of the incident and its national land international repercussion forced them to approach the Indian President to take appropriate action. "The stoppage of the carcade of the Prime Minister of the Country for approx 15 to 20 minutes in a planned manner on a flyover/ bridge, demonstrates poor law and order in Punjab and threatens the democracy in our country," the officers wrote in their letter.

On Wednesday, January 5, Prime Minister Modi was scheduled to inaugurate projects worth Rs 42,750 crore and address a joint BJP-PLC-SAD(D) rally in Ferozepur. However, his convoy was blocked by some protestors forcing the Prime Minister to remain stranded and exposed on the Ferozpur flyover for 15-20 minutes. The programme was ultimately cancelled and the Prime Minister, forced to return to the Bhatinda airport.

A day after the incident, BKU (Krantikari) chief Surjit Singh Phool revealed that it was his faction which blocked the roads, but added that it was not planned. He claimed that farmers were informed at 12 PM by Punjab police that PM Modi would be travelling via road to the rally venue, but they did not believe the police as they knew that the venue had a helipad. However, he thanked farmers for blocking the roads, claiming it was a 'testament to their bravery'.