5 Top Quotes Of PM Narendra Modi Since His 2019 Victory

After weaving a historic victory of the NDA by securing a massive mandate of 353 Lok Sabha seats in 2019, eyes are now intact on the Cabinet composition of the new government, as PM Narendra Modi takes oath along with 40 Ministers on May 30.

After weaving a historic victory of the NDA by securing a massive mandate of 353 Lok Sabha seats in 2019, eyes are now intact on the Cabinet composition of the new government, as PM Narendra Modi takes oath along with 40 Ministers on May 30.

Before Narendra Modi takes the Prime Minister office for the second term, here is an accumulation of the top 5 fiercest quotes by him after BJP's landslide win on May 23, 2019.

1. "People not just in India but across the world were supporting us during the elections even if they were not voting for us." 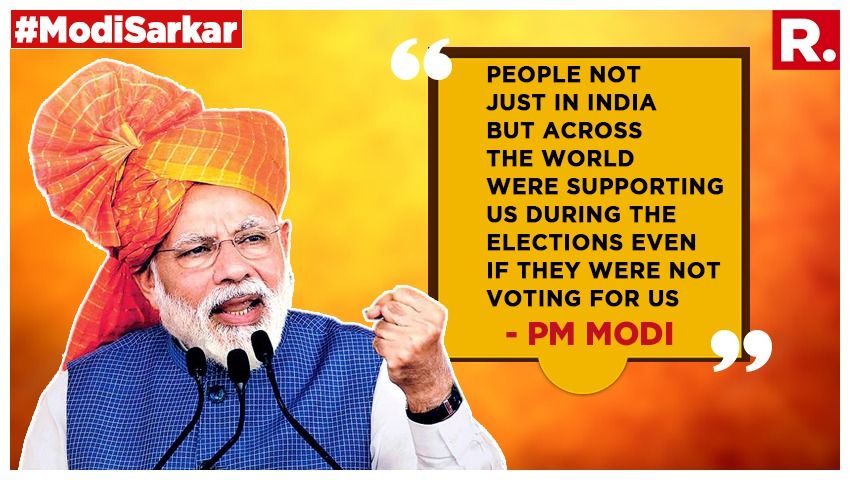 2. "If someone has won today, it is India, it is the democracy, it is the people." 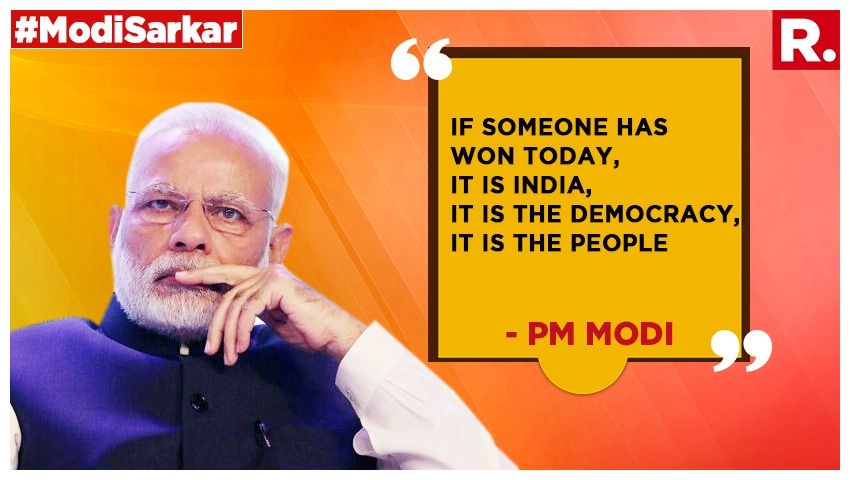 3. "After the battle of Mahabharata, the answer that Lord Krishna gave, today in 21st century, 130 crore Indians have answered in the form of Lord Krishna." 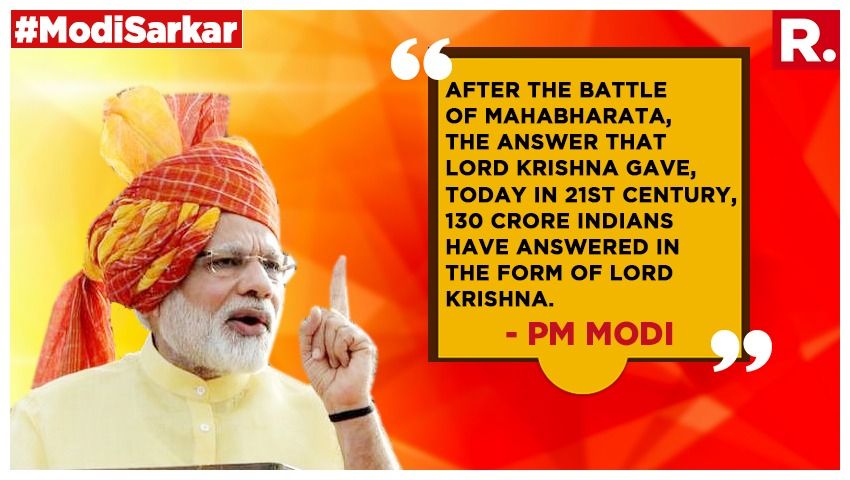 4. "Our Constitution is a rich and extensive social document that encapsulates the dreams our freedom fighters had for the nation. Our only loyalty is to the Constitution and the values enshrined in it." 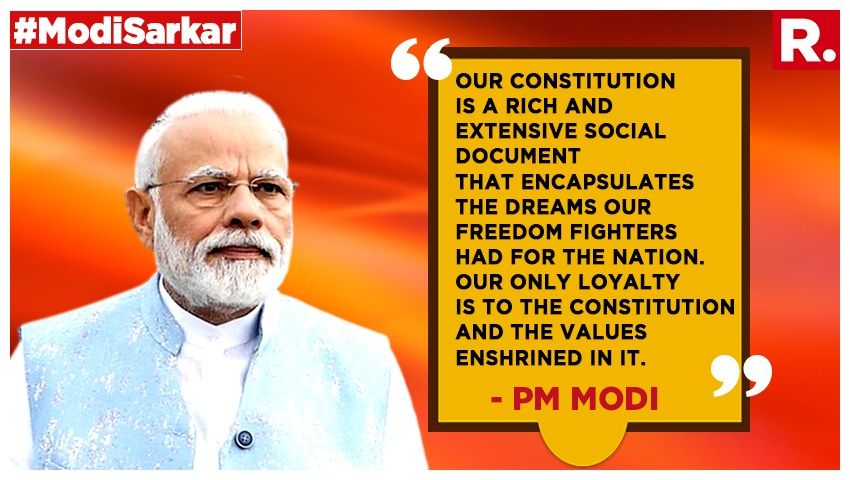 5. "A big mandate comes with big responsibilities. It is important to remain humble and grounded in the wake of such a massive win." 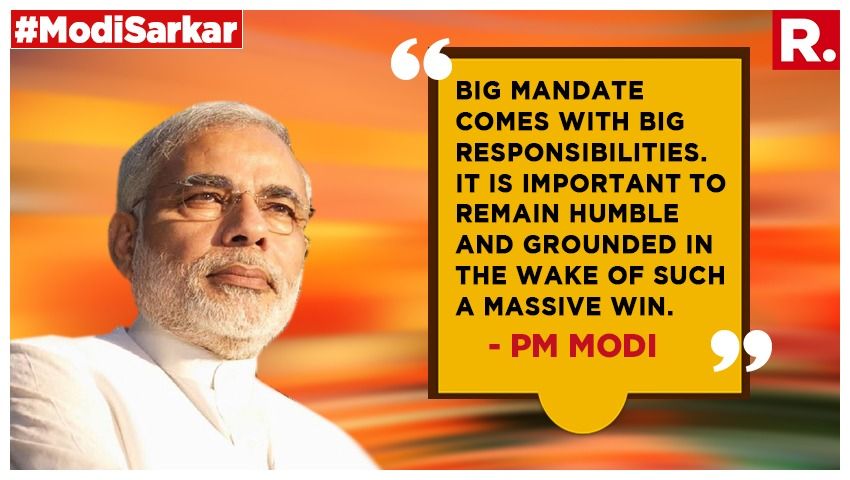 A highest ever 8,000 guests, including VVIPs, will be attending the oath-taking ceremony of PM Modi and his council of Ministers that will be held at the forecourt — the stately path between the main gates and the main building in the Rashtrapati Bhavan.

The swearing-in ceremony will be of about 90 minutes and after that, a dinner will be served to around 40 dignitaries, including Vice President M Venkaiah Naidu and the prime minister, besides leaders of all BIMSTEC countries, Rashtrapati Bhavan spokesperson Ashok Malik said Wednesday.

The President will be hosting dinner for about 40 guests, wherein one of the key dishes 'Dal Raisina' will be served in the dinner, which is a specialty of Rashtrapati Bhavan's kitchen, is cooked for about 48 hours. Its main ingredients are brought from Lucknow.