An auto driver in Hyderabad has been summoned by Aadhaar authorities asking him to prove his citizenship. The issue has raised quite a furore amid CAA protests

An auto driver in Hyderabad has been summoned by Aadhaar authorities asking him to prove his citizenship. The issue has raised quite a furore especially in the wake of ongoing Citizenship Amendment Act (CAA) protests across the country. Mohd Sattar, who is a resident of Bhavani Nagar in Talab Katta, was served a notice and was asked to appear before the inquiry officer of UIDAI on February 20 at 11 AM. The UIDAI has since clarified. 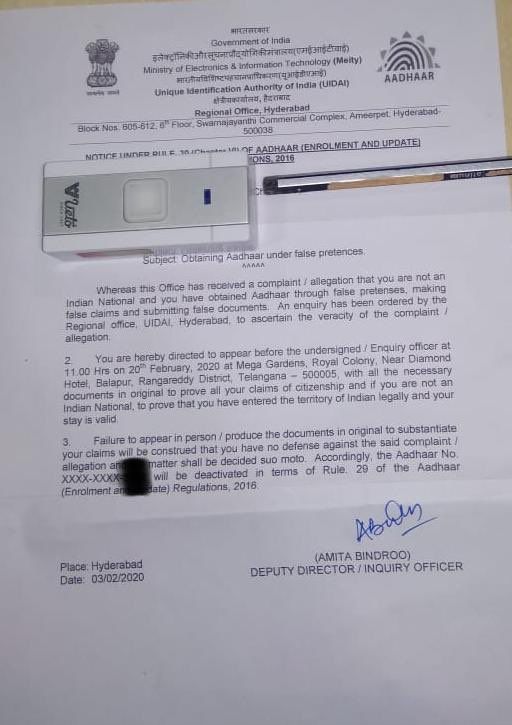 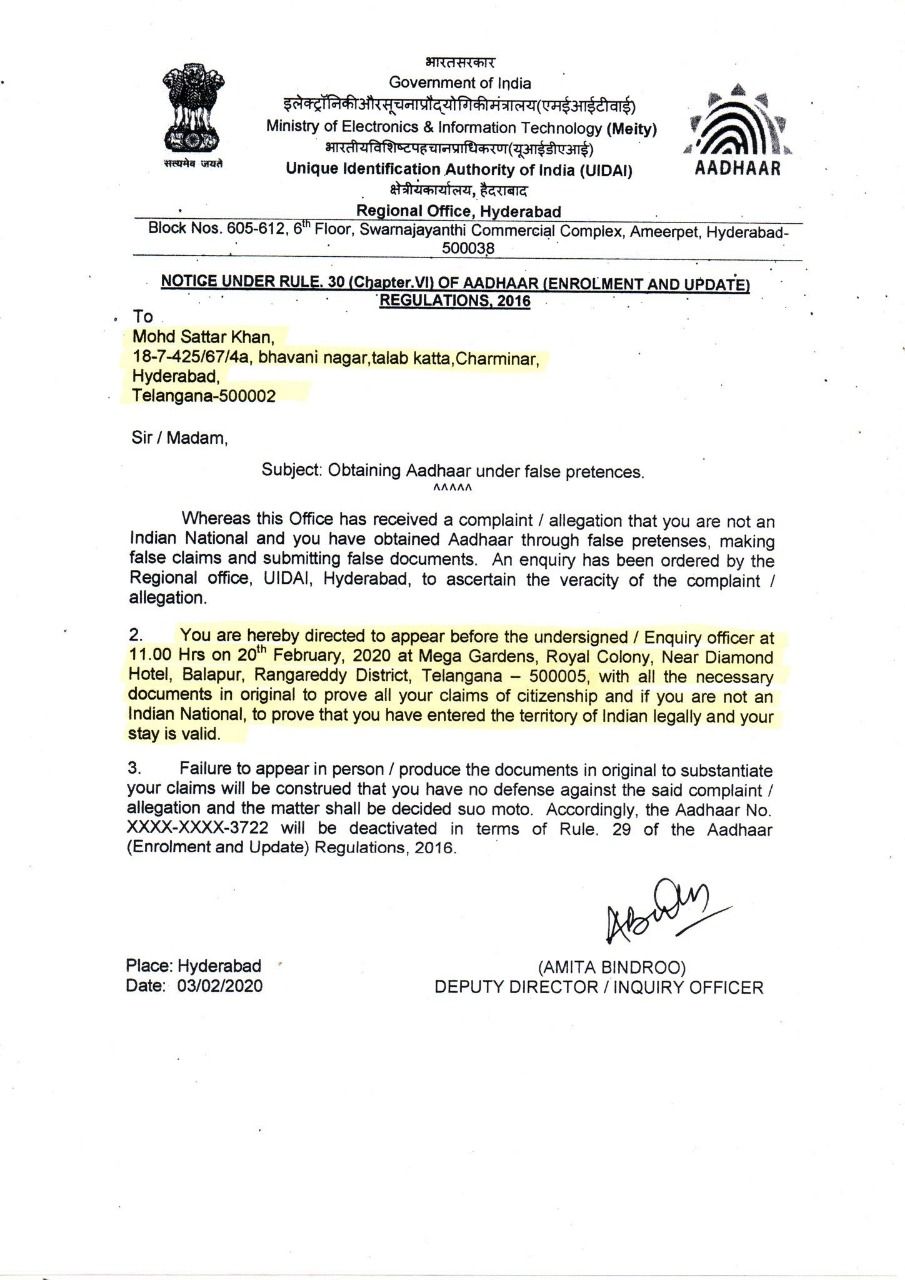 Sattar was served the notice under Rule 30 of Aadhaar and was told to get "all the necessary documents in original to prove all your claims of citizenship". The notice also added that in case Sattar is not a citizen of India then he should submit proofs of his valid entry and stay permission.

Mohd Sattar's lawyer Immad Maqsoosi questioned UIDAI's authority to question citizenship and said that he would approach the high court over the issue.

"It may be noted that the RO Hyderabad received reports from the state police that 127 people have obtained Aadhaar on false pretences as in their preliminary enquiry they were found illegal immigrants who were not qualified to obtain an Aadhaar number. As per the Aadhaar Act, such Aadhaar numbers are liable to be cancelled. Therefore, the RO Hyderabad has sent notices to them to appear in person and to substantiate their claims for getting an Aadhaar number," the UIDAI said in a statement.

"After their replies are received and examined; if it is found and proved that if any of them has obtained Aadhaar by submitting false documents or through false pretences, then their Aadhaar is liable to be cancelled or suspended depending on the severity of the transgression," the release added.

"Severe errors like forged documents, etc, will lead to appropriate actions, including suspending /cancelling the Aadhaar. These notices have nothing to do with citizenship and cancellation of Aadhaar number is in no way related to the nationality of any resident,’’ it concluded.

"Section 9 of Aadhaar Act says that it isn't proof of citizenship. What legal authority does @UIDAI @UIDAIHyderabad have to demand proof of citizenship? The notices don't even mention the grounds on which they were issued. This is illegal & unacceptable'' AIMIM chief Asaduddin Owaisi tweeted.

Late on Tuesday, the UIDAI issued a clarification and said that its Hyderabad office had sent notices to 127 people for allegedly obtaining Aadhaar numbers on "false pretences" but asserted these have "nothing to do with citizenship". They clarified that the notices were doubts were raised by the Telangana police.