Aam Aadmi Party national convener Arvind Kejriwal on Wednesday promised a monthly allowance of Rs 1,000 to all women above the age of 18 years in Gujarat if his party came to power, and stressed that this was not a freebie. 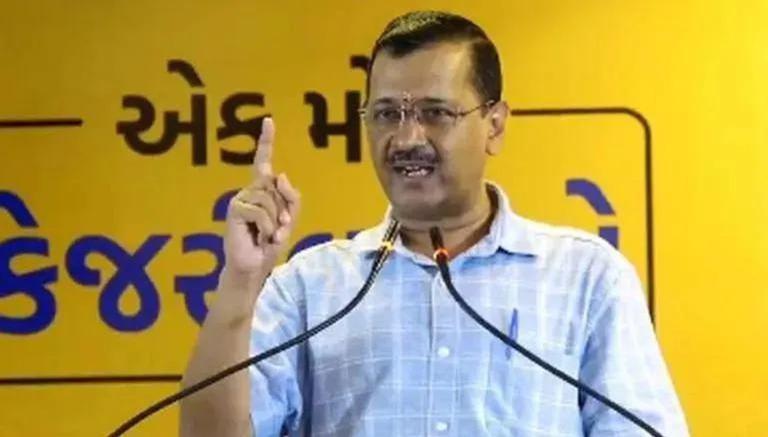 
Aam Aadmi Party national convener Arvind Kejriwal on Wednesday promised a monthly allowance of Rs 1,000 to all women above the age of 18 years in Gujarat if his party came to power, and stressed that this was not a freebie.

He also promised to increase the entry-level salaries of police personnel in the state.

The allowance for women was the fifth “guarantee” Kejriwal gave as part of his poll campaign in Gujarat. Assembly elections are due in the BJP-ruled state by year-end.

The allowance will be given to those who are willing to accept it, he said.

“Rs 1,000 is not revdi (freebie). This is your right. People's money should go to people, not to the Swiss bank,” said the Delhi Chief Minister while making the announcement at a gathering of hundreds of women.

Recently, Prime Minister Narendra Modi had cautioned against "revdi culture" or the culture of freebies in politics.

Kejriwal's earlier poll guarantees to people of Gujarat included free electricity up to 300 units and an allowance of Rs 3,000 per month to the unemployed youth.

"Many bright girls had to leave their studies because their poor parents could not afford bus fare or college fees. This allowance will help such girls continue their studies. The allowance will also help housewives meet their expenditures as the cost of living has increased," he said.

"Many people ask where the money would come from.... AAP formed a government in Punjab in March. In the first three months of April, May and June, Punjab government's revenue was Rs 21,000 crore, Rs 6,000 crore more than what it was in the same period last year. This extra revenue was enough to cover our free electricity cost of Rs 3,000 crore," he claimed.

There is no scarcity of money but there is a scarcity of "good intentions", he said, alleging that the BJP governments spent the revenue by waiving loans and taxes of the rich.

"We will stop this and run the government with honesty," he said.

Claiming that the Rs 20,000 entry-level salary of police personnel in Gujarat was the lowest in the country, the AAP chief promised to implement "the best pay scale" for them.

In return, Kejriwal urged the police personnel to help the AAP without getting noticed by the authorities.