Giving a political twist to the Jawed Habib controversy, Congress Rajya Sabha MP Abhishek Manu Singhvi on Friday, pointed out that Habib was a BJP leader. 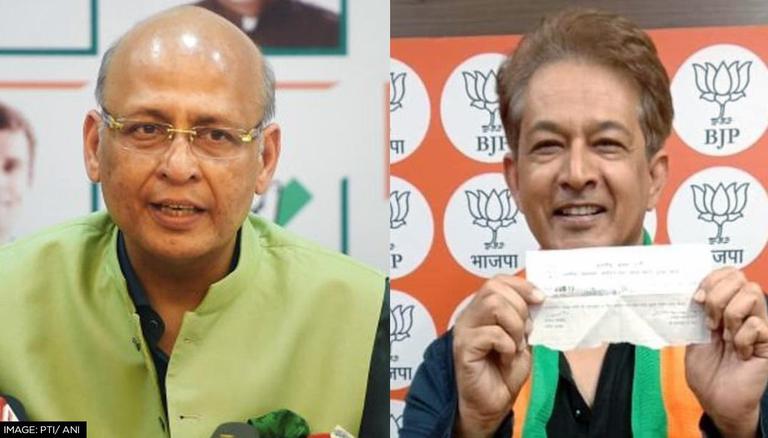 
Giving a political twist to the Jawed Habib controversy, Congress MP Abhishek Manu Singhvi on Friday, pointed out that Habib was a BJP leader. He also condemned the renowned hairstylist for spitting in a woman's head and chided the audience for clapping for it. Urging citizens to come out of mob mentality, he said one must differentiate between comedy and compromising dignity. Hairstylist Jawed Habib ran into trouble after he allegedly spat on a woman's hair claiming it was 'too dry' in a training session in UP's Muzzafarnagar.

#JavedHabib spitting case is horrible, but the audience laughing at the act is more terrible! We have to come out of mob mentality and differentiate between a funny act and the one compromising someone's dignity.

I am also told that Habib is a #BJP leader.

Incidentally, Habib had joined the BJP in 2019 ahead of the Lok Sabha polls under BJP's celebrity outreach program - 'Sampark se Samarthan'. On joining, he said, "Till today I was 'Baal ka Chowkidar', now I will be 'Desh ka chowkidar". Over 900 Jawed Habib salons are spread across 24 states and 110 cities across India.

On Thursday, a video on Twitter went viral, where Habib could be seen spitting on a woman's head while styling it, claiming that the woman's hair was too dry. The incident is said to be of a training seminar that took place in Uttar Pradesh's Muzaffarnagar. After facing backlash, the hairstylist has apologized for the act, saying he was trying to make the session 'hilarious'.

Taking to Instagram, Habib said, "Sorry...I mean it." He stated in the video, "Some sessions are too long, and we need to do such things to make sessions hilarious. Still, if somebody is hurt, please accept my apologies".

The victim - Pooja Gupta, alleged that Habib was acting arrogant throughout the seminar. She said that when she asked a few questions in the seminar, Habib responded by saying that he runs 900 salons whereas she runs only one. Moreover, she alleged that Habib called her on stage and spit in her hair to humiliate her further. Taking cognizance of the incident, National Commission for Women (NCW) chairman Rekha Sharma has written to the UP DGP asking him to examine the viral video's validity and take appropriate action. A case has been registered against Habib at the Muzaffarnagar Police station, based on NCW flagging the issue.