Those who are against India's progress are the ones who are trying to create the confusion about National Monetisation Pipeline, said Karnataka BJP minister 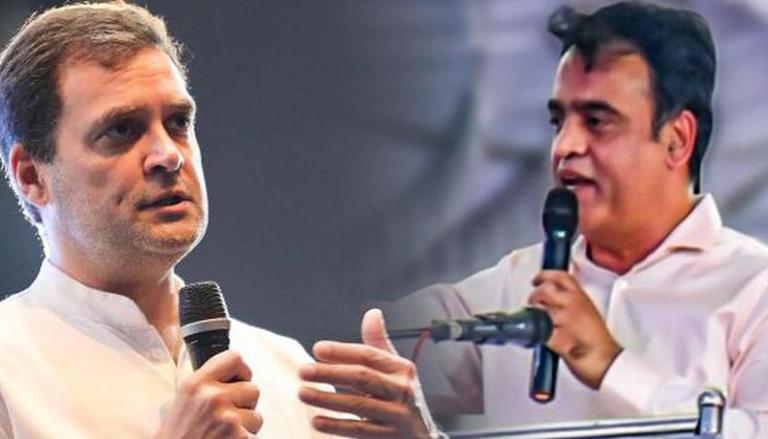 "Those who are against India's progress are the ones who are trying to create the confusion about National Monetisation Pipeline. The people who have looted the country for more than 60 years are trying to distract the public with their banal thoughts," tweeted Dr Ashwathnarayan.

The National Monetisation Pipeline, according to the BJP leader, is designed to gain by exploiting the current pool of underutilised resources."The National Monetisation Policy aims to leverage the existing pool of underutilised resources and gain from it. It means, putting your money into debt instruments/government bonds where returns are assured with no risk, instead of keeping them in your safe and depreciating its value," he said as reported by ANI.

"India has a government headed by the Prime Minister who acts not as a politician, but as Pradhan Sevak. He cares for the welfare of the common man and believes in the dharma of - Sabka saath, sabka vikas, sabka vishwas!" added the Karnataka minister.

Congress leader Rahul Gandhi earlier accused the BJP-led national government of "putting India up for sale" on Wednesday. "The very first thing they sold was respect and now #IndiaOnSale," tweeted the Congress leader.

Gandhi had previously described the centre's National Monetisation Pipeline as a "great disaster," claiming that the government had mismanaged the economy and that the measure was intended to create monopolies in particular sectors. Criticizing the centre, he said, "What this country has built over the last 70 years, is being given away. There is an excuse they have come up with that we are leasing these. The government clearly mishandled the economy and doesn't know what to do."

"The BJP and PM Modi say nothing happened in the last 70 years. But yesterday, the finance minister decided to sell the assets that have been built over the last 70 years. They (the government) have basically destroyed what the UPA built and now as a last resort, they are selling everything that we had helped create. To me, this is a huge tragedy.”

"Asset monetisation does not involve selling of land and it is about monetising brownfield assets," she said. Projects have been identified across sectors, with roads, railways and power being the top segments.

"NMP estimates aggregate monetisation potential of Rs 6 lakh crores through core assets of central government over the four-year period from FY 2022 to FY 2025.  Ownership of assets will remain with the government and there will be a mandatory hand-back. Asset monetisation will unlock resources and lead to value unlocking," she said.