Agnipath A Transformative Scheme; We Will Keep Reviewing It: Rajnath Singh

Defence Minister Rajnath Singh on Saturday said that the government will keep reviewing the Agnipath military recruitment scheme annually and if any shortcomings and challenges emerge, then it will address them appropriately 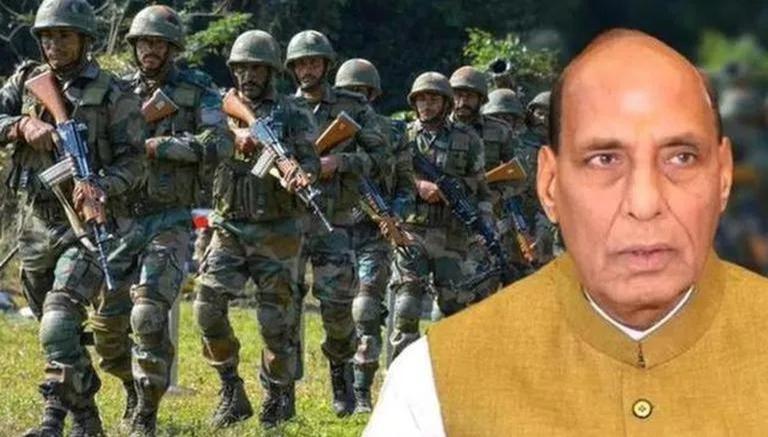 
Defence Minister Rajnath Singh on Saturday said that the government will keep reviewing the Agnipath military recruitment scheme annually and if any shortcomings and challenges emerge, then it will address them appropriately.

The defence minister said the scheme was finalised after around two years of extensive deliberations among key stakeholders and described the new model as "transformative".

The scheme, announced on June 14, seeks to recruit youths between the age bracket of 17-and-half years to 21 for only four years with a provision to retain 25 per cent of them for 15 more years. For 2022, the upper age limit has been extended to 23 years.

Several parts of India witnessed violent protests against the scheme with the agitators demanding its rollback as the new model does not provide a job guarantee to 75 per cent of the recruits.

"Let the scheme be implemented. We will keep reviewing it every year and if we find any shortcomings or challenges, then we will try to address them. This is the commitment of our government," the defence minister said, addressing an event organised by Zee News.

The defence minister said the scheme will bring revolutionary changes in the recruitment process of the armed forces.

Referring to the 75 per cent of recruits whose tenure as 'Agniveer' will come to an end after four years, Singh said that the government has done some planning for them.

"Whenever a new plan comes, some apprehensions remain in the minds of people about it," he said.

"I am not saying there should not be any apprehensions...but we have already deliberated on all these apprehensions and we have addressed the challenges that could have arisen," Singh said.

The government has been strongly defending the scheme saying the "transformative reform" measure for recruitment in the armed forces will provide an opportunity to the youth to serve the nation and it will help bring down the age profile of the armed forces.

The three service chiefs on Tuesday separately met Prime Minister Narendra Modi and briefed him about their plan to implement the scheme.

Under the scheme, the armed forces plan to recruit 46,000 soldiers this year and the number is going to increase in the coming years.