Top defence officials explained the recruitment process for the Centre's Agnipath scheme under which recruits will serve 4 years in the Indian Armed Forces. 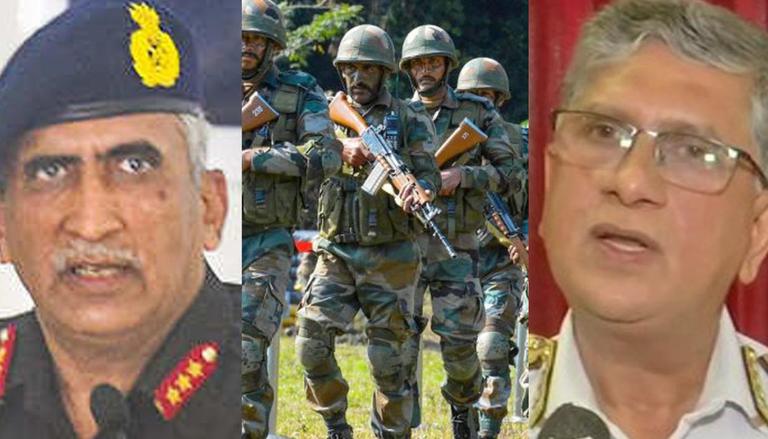 
Two days after defence minister Rajnath Singh announced the Agnipath scheme, Vice Admiral Biswajit Dasgupta informed about the various skills that would be inculcated amongst the Agniveers. These would include basic, sea and professional training.

Meanwhile, Chief of Staff Eastern Command Lieutenant General KK Repswal also elaborated on the Army's recruitment process for the Agnipath scheme. He expressed that it will be the same as was earlier and no compromises will be made for the educational and physical backgrounds of the soldiers.

‘’As far as the entry is concerned, as per the educational and physical standards, no compromises will be made as after four years, you'll have trained, disciplined manpower available to the industry. There is an age limit from 17.5 years of age to 21 years with the minimum qualification of 10th class for a soldier General Duty (GD)," said the Lieutenant-General.

On women’s recruitment as Agniveers, Vice Admiral Ajendra Bahadur Singh said that no percentage was finalised for women's induction into the Armed Forces under the Agnipath scheme yet. However, he hinted that a fixed allotment for women could be possible in the future after the scheme becomes operational. Women's admission into the Armed Forces would purely depend upon the force’s requirement. He acknowledged a provision in the scheme that allows women to be recruited if need be.

READ | No compromise with quality of cadets recruited under Agnipath scheme: IAF officer

Defense Minister Rajnath Singh announced the Agnipath scheme on Tuesday, which encourages the youth to join the Indian Armed Forces. Six months of training and four years of service are included in the programme. In the three Armed Forces, the Army, Air Force, and Navy, troops will be recruited below the officer level. Soldiers who are inducted using the Agnipath model will be referred to as 'Agniveers.' They will have a distinctive rank in the military and will be identified by a distinctive symbol on their uniform.