As per AIIMS director Dr Randeep Guleria, a third COVID wave with proportions equivalent to the previous two is unlikely to reach India. 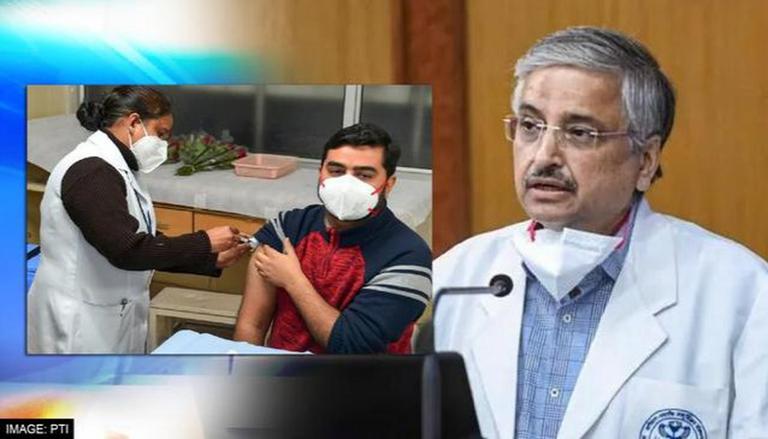 
A third COVID wave of equal proportions to the first two is unlikely to reach India, AIIMS director Dr Randeep Guleria said on Tuesday, emphasising that the lack of a surge in cases at the moment indicates that immunizations are still defending against the virus and that there is no need for a booster dosage for the time being.

Guleria, speaking at the launch of ICMR Director-General Dr Balram Bhargava's book 'Going Viral: Making of Covaxin - The Inside Story,' said that the way vaccines are holding up in terms of preventing severity and hospital admission, the chances of a large wave with large admissions are dwindling with each passing day.

"It is unlikely that the third wave of COVID-19 of a magnitude comparable to the first and second will hit India. With time the pandemic will take an endemic form. We'll continue to get cases but the severity will be highly reduced," he said.

Regarding the need for a booster dosage, he stated that there is now no rise in cases, implying that Coronavirus vaccines are still effective. "As a result, there is no need for a vaccine booster or third dosage at this time." Dr VK Paul, a member of the NITI Aayog's Health Committee, said the choice on a third dose should be based on science.

"There are studies being conducted on boosters, and we are analysing data and conducting research. This is a work in progress,"  Dr Paul added. He stressed that the completion of the second dosage for India's adult population, as well as ensuring that those who have not received the vaccination do so, is the government's current priority.

READ | COVID-19: Fully vaccinated travellers are allowed in these nations; here's the list

He also stated that the pandemic is not ended and would not be eradicated in the near future, but that it may evolve into an endemic form.  All of our preparations could be harmed if the virus changes its properties and takes on a new dimension, according to Dr Paul.

"But, in terms of health infrastructure, we are obviously in a lot better situation currently. However, we cannot afford to relax our watch and must continue to follow COVID's guidelines," he suggested. Bhargava, who spoke extensively about his book, which was published by Rupa, said there is no scientific evidence to support the necessity for a COVID booster vaccine dose.

In response to a question about India's fight against COVID, he stated that the work of scientists, the government, and the people in the last year and a half has been clear and sincere. People and the government have learned lessons from the pandemic, including improving health facilities and building a comprehensive surveillance system, he noted.

"We have to be watchful and careful of all the viruses in the world in this world of quick mobility. The media's role was crucial in ensuring that the reporting around the virus and the vaccine were honest and diligent. It ensured that people had zero hesitancy towards the vaccine," Bhargava said. 'Going Viral' chronicles the first-hand experiences of scientists who worked nonstop for less than eight months to create India's first indigenous COVID-19 vaccine.

Bhargava's book also brings to light some lesser-known details about the development of Covaxin, such as how scientists circumvented a severe nationwide lockdown to perform India's first seroprevalence survey. In another tale, the author discusses how 20 monkeys helped to ensure that millions of Indians across the country had access to this life-saving vaccine. At the event, Bhargava emphasised Atmanirbhar Bharat's (self-reliant India's) great strength in defying the difficulties and standing strong in the global public health community. India has come a great way in the fight against COVID, according to Rajesh Bhushan, Secretary, Health and Family Welfare.

"Since the beginning of the pandemic, we have has been actively involved in COVID-19 RNA extraction, development of testing kits, and vaccine development. Effective collaboration, strong leadership and efficient teamwork made this possible," he said.

Vijay Raghavan, the government's Principal Scientific Advisor, stated the ICMR's collaboration with Bharat Biotech was timely and effective. "Right now, we need to make sure that everyone is vaccinated and that safety precautions like wearing a mask and social separation are taken." Dr Krishna Ella, chairman and managing director of Bharat Biotech, stressed the significance of public-private collaborations in the development of Covaxin.

(with inputs from  PTI)