AAI Chairman also mentioned that six airports were monetized till 2019-20 out of which 3 have been handed over now. 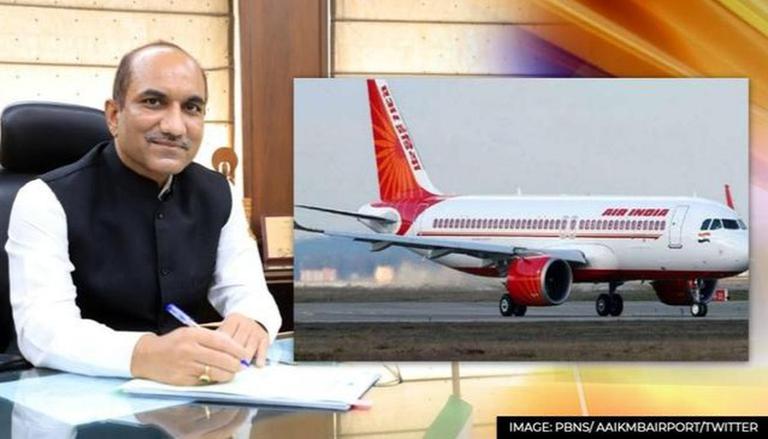 
Airports Authority of India Chairman Sanjeev Kumar mentioned on Wednesday that Air India owned them dues surmounting to Rs 2000 crore. The AAI Chairman while stating this also attested that most of the amount had been reconciled. Chairman Kumar also mentioned that apart from Air India, no other airline owed the AAI any significant dues.

AAI Chairman also mentioned that six airports were monetized till 2019-20 out of which 3 have been handed over now. He said, "Under National Monetisation Pipeline (NMP), 25 airports have been identified and will be monetized in the next 3-4 years."

Apart from Air India, there is no significant dues on any airline (to Airports Authority of India). I think it is (Air India's dues to AAI) is in the vicinity of Rs 2000 crores & most of the amount has already been reconciled: AAI Chairman Sanjeev Kumar pic.twitter.com/46iQrBGhAu

The Expenditure Department chaired by the Finance Ministry informed on 27 October that the process that would help in the disinvestment of Air India and Air India Express was yet not complete. Saying so, the concerned department notified that it had ceased extending credit facilities on accounts for air travel. The department stated, ''Therefore, all Ministries/Departments are directed to clear Air India dues immediately. Air tickets from Air India may be purchased in cash till further instructions.'' While passing this notification it directed all ministries to alert their subordinate offices/institutes working under its administrative control to strictly refer to the same.

On 8 October, Tata Group's Subsidiary Talace won the bid of Rs 18,000 crores to lay hands on Air India and revamp its functioning. The government will be disinvesting 100% ownership of Air India and Air India Express. This deal also includes 50% stake of AISATS, which takes care of the ground handling of the aircraft. With this deal, TATA flew past the Rs 15,100-crore offer put down by Ajay Singh and the reserve price of Rs 12,906 crore set by the government for the sale of its entire stake to Air India.