Air India confirmed that the woman had a successful delivery and both mother and child duo's health is fine and they will be soon flying home. 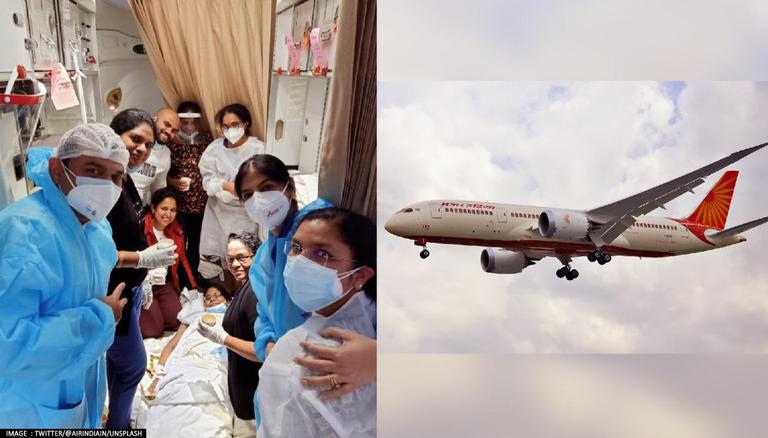 
An Air India flight from London to Kochi with 203 passengers onboard was rerouted to Frankfurt after a baby was born mid-air on Tuesday. According to the update provided by Air India, the pregnant woman needed immediate medical attention as she went into labour a few minutes after the plane took off from London. Luckily, two doctors and four nurses on board helped the lady with the premature delivery. According to AI officials, the woman was seven months pregnant.

Immediately after that, the flight was rerouted to Frankfurt, the nearest airport, to provide medical aid to the mother and the newborn. Later at around 11 PM, the flight landed at Frankfurt airport and the mother and child were taken to a hospital. The woman was accompanied by one more person. Later, Air India confirmed that the woman had a successful delivery and both mother and child duo's health is fine and they will be soon flying home.

Air India on its Twitter handle shared the news and images from the flight showing the crew members, doctors, nurses, as well as the mother. "#FlyAI : Baby on board! AI 150 of 5th Oct, en route to Kochi from London with 202 pax, landed in Frankfurt with 203 passengers. We had a surprise arrival mid air. A baby boy was born", it tweeted.

We had a surprise arrival mid air.A baby boy was born. (1/4) pic.twitter.com/SMDtBxb1ba

The airline also lauded the crew members, doctors, and medical staff for helping out the woman. The tweet also highlighted that aircraft was well equipped with all the medical equipment to handle the situation. Further speaking about the mother and the newborn baby, Air India said that they were immediately taken for medical attention and the officials are in constant touch with the family. "Our officials are in constant touch with the family and all necessary support is being provided. Soon they will be flying home with us . May God bless the baby with a healthy and long life", AI added. It is to mentin that the flight was carrying over 210 people including passengers, crew members and staff.