The historic event of preserving the deposits of Ajanta Caves was carried out at Svalbard, a remote island in Norway 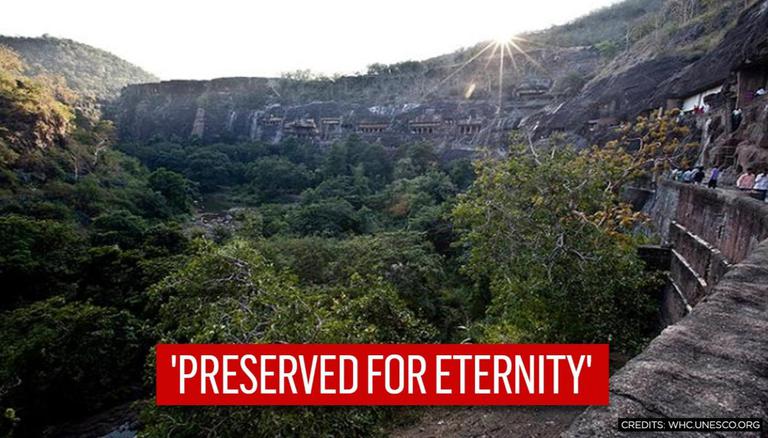 In a proud moment for India, data preservation facility Arctic World Archive has initiated the deposit of the iconic Ajanta Caves which will be digitised and restored for eternity. The Ajanta caves are also a World Heritage Site and the event of preserving the deposits was carried out at Svalbard, a remote island in Norway. According to whc.unesco.org, the first cave at Ajanta dates from the 2nd and 1st centuries B.C. Many more were added to the original group during the Gupta Period.

Read: The Ajanta Caves' Restored Paintings To Be Displayed From This Date Founder and managing director of AWA, Rune Bjerkestrand said, “Ajanta Caves is a UNESCO world heritage site, in 1930, Laurence Binyon, the director of the British Museum and a leading authority of Asian Art, said that every study of all cultures in Asia leads to Ajanta Caves as a gateway of culture”. He added that experts from different parts of the world believe that these paintings have a ‘powerful impact on human consciousness’ if perceived through the right eye. He said, “This deposit marks the beginning of a series of deposits of digitised and restored paintings of Ajanta Caves. One of the greatest arts of Ajanta, photographed by Benoy Behl, is in this token deposit, along with papers and quotes on Ajanta Caves and some more restored work”.

Read: Tourists To Soon Have Smooth Ride To Ajanta Caves

According to the reports by ANI, AWA received massive support for this initiative from great industrialists, bureaucrats and political leaders of India. Bjerkestrand thanked and dedicated the deposit to Leela Keshavji, Head of the Heritage Restoration of Sapio Analytics. Leela Keshavji passed away a few days ago while establishing her legacy in the form of this deposit. During the iconic event, Bjerkestrand also read a message that he had received from the former Cabinet Minister of India and member of Parliament, Suresh Prabhu. The message included appreciation for ancient art. It said, “The ancient art is now getting preserved for all generations to come, for their inspiration, peep into history and pleasure. Ajanta is an example of how rich we as past humans were and how we could build on in that future when humans will become machines, thanks to robotization”. The message also congratulated Sapio, Piql to make all of this happen.

Read: Top Three Caves In Maharashtra You Must Visit If You Are A Travelholic

Also Read: UNESCO Sites In Maharashtra That You Should Visit Atleast Once