Natasha Dalal arrives with Varun Dhawan's parents David Dhawan and Laali and we are wondering where the 'Street Dancer' is?

Varun Dhawan's girlfriend Natasha Dalal arrives at the Jio Gardens to attend Akash Ambani's post wedding celebration. But it was not Varun who accompanied her, it was his parents David Dhawan and wife Laali (Karuna Dhawan).

And oh boy, they looked marvellous.

Natasha, who is a designer herself looked stunning in a silver lehenga. Meanwhile, Laali Dhawan chose an anarkali suit and David went for a complete black avatar.

But netizens only have one question — Where is Varun Dhawan? 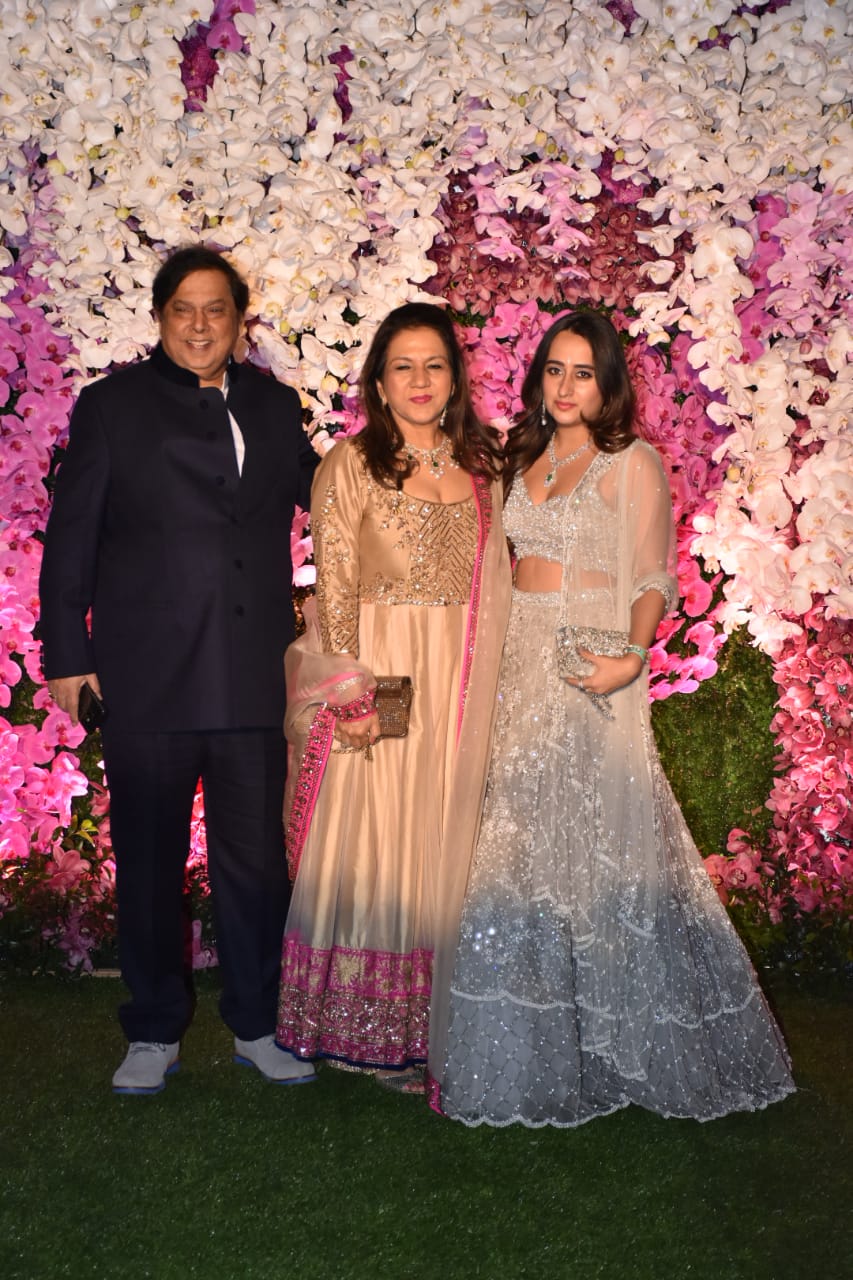 Coming to Varun and Natasha, when he came on Koffee with Karan, he confessed that he is dating Natasha, are very much a couple and he plans to marry her.

The royal affair at Jio Gardens is nothing less than a party. From Shah Rukh Khan, Priyanka Chopra, Aamir Khan, Ranbir Kapoor, Karan Johar and many more arrived to bless Mukesh Ambani's son Akash. According to the reports, , Mukesh and Nita Ambani will host two special musical fountain shows for nearly 7,000 members of Indian armed forces, police and their families on March 12 as a mark of their respect for the security forces and to seek their blessings for the wedding of their son Akash Ambani with Shloka Mehta.

The wedding festivities of this royal affair began on February 23, 2019 with a grand bash in St. Moritz, Switzerland. Many Bollywood celebrities like Shah Rukh Khan, Alia Bhatt, Ranbir Kapoor, Sonam Kapoor, Rhea Kapoor, Karan Johar, Malaika Arora and Arjun Kapoor among others. The celebrations took place at the Badrutt Palace.

The celebrations in Switzerland saw performances by Chris Martin of Coldplay and The Chainsmokers.

A private musical night at Antilia, followed by the Mala and Mehendi function, a Sangeet ceremony and Anna Seva at the Jio World Centre, were also hosted by the Ambani family.