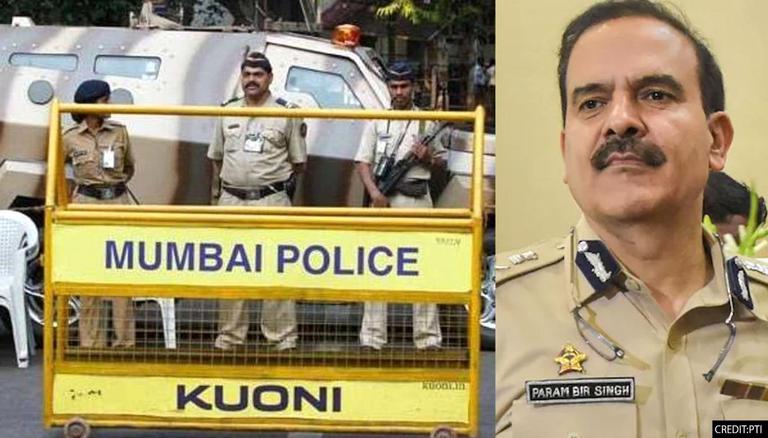 
As Central agencies and Mumbai police hunt ex-Mumbai Commissioner Param Bir Singh, city police have arrested a 42-year-old 'hawala' operator from Gujarat in connection with an extortion case an official said on Thursday. The accused, identified as Alpesh Patel, was apprehended on Tuesday by a team of the Mumbai Police's crime branch unit-11 from Mehsana in Gujarat, he said. Param Bir Singh, current Director-General of Maharashtra Home Guard, has been booked under several extortion cases.

Patel's role came to light during an investigation into the extortion case, which was filed a few months back by businessman Bimal Agrawal at Goregaon police station here against IPS officer Param Bir Singh, the official said. Accordingly, the Mumbai police launched a search for Patel and a police team went to Mehsana, acting on the information. On Wednesday, he was produced before a court which sent him in police custody till Friday, the official said, adding that a probe is underway into the case.

At a plea hearing at Bombay High Court in connection to a 2015 atrocities case against Singh, Maharashtra govt admitted that he was 'untraceable'. Moreover, the state is willing to withdraw its May 24 statement assuring no coercive action, including arrest, against Singh in the same case. However, senior advocate Mahesh Jethmalani, representing Param Bir Singh, said that the state has not declared the officer as absconding yet and should continue the statement till further hearing. Four notices have been sent to the ex-CP to four different locations - his Malabar Hill home, his Chandigarh home, his Vile Parle house and online copies to his two email IDs in connection to extortion cases, but he remains 'absconding'.

The Maharashtra Police has launched a manhunt for Param Bir Singh after he reportedly fled India in a private aircraft, claimed sources. A bailable warrant has been issued by the Justice Chandwal commission against Singh, who has been 'missing' since May 2021. The Maharashtra govt has reached out to Centre to locate the ex-CP, who they believe to have fled to Nepal. Sources also report that Singh has not been in contact with the Maharashtra govt since August, when his 'medical leave' ended. Both Opposition BJP and ruling parties - Shiv Sena, NCP and Congress have blamed each other of aiding Param Bir Singh in fleeing the country.

Param Bir Singh has been named in 4 such FIRs in connection to extortion cases - including by two bookies who accused Singh of extorting them and falsely implicating them in cricket betting cases. Singh has already been accused by Police Inspector Bhimrao Ghadge of stopping the probe on collusion between builders & officials of the Kalyan-Dombivli Municipal Corporation (KDMC) to dupe the State government of Rs. 124 crore. Ghadge alleged that Singh had ordered Ghadge to drop the names of 3 Municipal Commissioners, 12 KDMC officials and 7 builders from the charge sheet and on refusing to do so led to Ghadge's wrongful imprisonment in a frivolous case till he was acquitted by a Sessions Court in September 2017.  Singh has also been accused of allegedly demanding Rs 2 crores from one Sharad Agrawal. Maharashtra govt is already probing Param Bir Singh in the Antilia bomb scare case as to how officers like API Sachin Vaze – who has been arrested in connection with the case went rogue under his tenure.