The Union Minister shared a series of tweets with a video where the collector of Alwar was seen being insensitive of the situation while questioning girls. 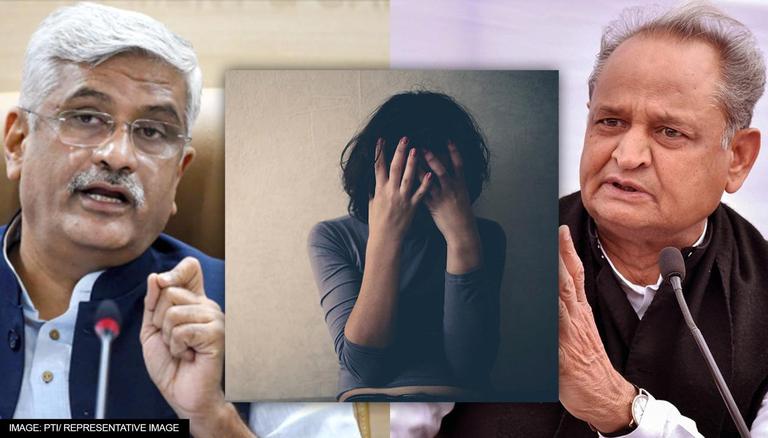 
After the horrifying incident of a physically challenged minor girl being raped in Rajasthan's Alwar surfaced, Jal Shakti Minister and Punjab's Bharatiya Janta Party (BJP) affairs in-charge Gajendra Singh Shekhawat on Friday, January 14, lashed out at the Congress-ruled state government for suppressing the sensitive matter. The Union Minister shared a series of Tweets with a video where the collector of Alwar was seen being insensitive of the situation while questioning the girls.

Gajendra Singh Shekhawat wrote in a Tweet, "The collector of Alwar is threatening the daughters who have come to protest against the cruelty that has happened to an innocent. Trying to scare them by asking for their father's mobile number. Collector sir, who is sitting above you, from whom you can complain, he would have told his number too!"

'Gehlot Ji is trying to cover up this episode': Gajendra Singh Shekhawat

Attacking the Alwar collector, Shekhawat stated, "The responsibility of law and order in the district is yours, on the contrary, you should answer to these girls that how such a horrific incident happened? This is the condition of the administration of Rajasthan. One of them does not move in front of the rapists, but in front of the girls, there are knots."

Shekhawat claimed that Rajasthan Chief Minister Ashok Gehlot is trying to cover the issue through the administration as Congress leader Priyanka Gandhi Vadra will be questioned about the same which will be bad for her pro-women campaign in Uttar Pradesh.

He said, "Any senior officer will try to suppress such a sensitive matter only when the order is received from the government. Gehlot Ji is trying to cover up this episode through the administration because now questions are being asked to Priyanka Vadra."

A minor girl, who is speech and hearing impaired, was found in a distressed state after allegedly being raped and dumped at an isolated area in Rajasthan's Alwar district on Tuesday night.