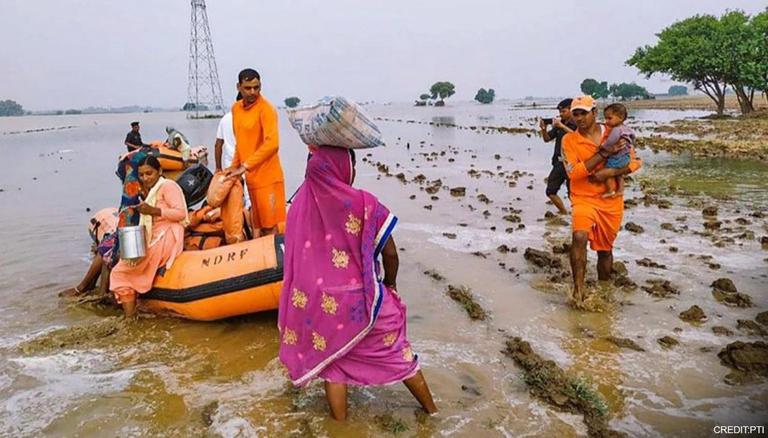 
After visiting the flood-affected regions in Madhya Pradesh, state Home Minister Narottam Mishra refuted rumours claiming that the Harsi dam has been washed away due to floods. Madhya Pradesh has been facing heavy rainfall for the past few days triggering floods. Many of the districts are submerged under water leaving many stranded in flooded villages.

Madhya Pradesh Home Minister Narottam Mishra visited the flood-affected areas in the state, especially the Gwalior-Chambal region, and later denied such rumours claiming that the Harsi dam that is situated in Gwalior has been washed away due to heavy rains and floods.

The Minister is actively monitoring the overall situation in the state and has also assured that officials are continuously looking over the situation of flood-affected areas such as Gwalior, Chambal, Shivpuri, and Sheopur, he said.

The Government's stated priority is to rescue people and shift them to a better place, asserted the Minister. He also spoke about the rescue operations going on alongside river Narmada and said that the Indian Army and Air Force personnel are deployed in the affected regions and the government will be providing every possible help.

Earlier, Madhya Pradesh Chief Minister Shivraj Singh Chouhan after taking account of the flood situation said that more than 1,000 people have been evacuated from Sheopur village.

With incessant rainfall and floods, most of the districts in Madhya Pradesh have already submerged underwater. The IMD has also issued red and orange alerts for several districts forecasting heavy to extremely heavy rainfall accompanied by lightning strikes.