Amid NCB's probe into the late-night drug bust on a Mumbai cruise, the cruise owners - Cordelia Cruises - issued a statement on Sunday, distancing itself 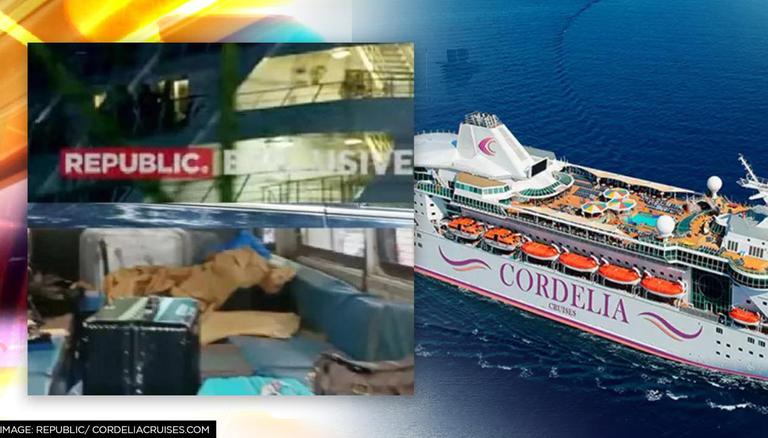 
Amid NCB's probe into the late-night drug bust on a Mumbai cruise, the cruise owners - Cordelia Cruises - issued a statement on Sunday, distancing itself from the incident. The company stated that it had chartered its ship for a private event to a Delhi-based event management company. Condemning the alleged rave party, the company assured its full co-operation with the authorities.

Among those detained for questioning is superstar Shah Rukh Khan's elder son - Aryan Khan. Sources stated that the NCB is probing whether the megastar’s son was in possession of banned substances. Preliminary investigation reveals that there were chats with the drug suppliers.

On Saturday night, NCB busted a high-profile drug party on a cruise ship en route from Mumbai to Goa, and seized Cocaine, Hashish, MD and other drugs. As per sources, NCB Zonal Director Sameer Wankhede, along with his team, boarded the cruise ship after receiving a tip-off about the purported drug party from the CISF. The 7-hour-long bust was led by Wankede who along with his officers allegedly boarded the cruise ship as undercover agents dressed like passengers following which the raids commenced as the party began mid-sea. Drugs like Cocaine, Hashish, MDMA, and more were seized.

Moreover, six cruise organisers have been summoned by Narcotics Control Bureau (NCB) on Sunday at 11 AM, as per sources. As per visuals from the NCB office, three more women are being detained from the alleged rave party busted by the NCB on Saturday night on a party cruise off the Mumbai coast. Eight people - Aryan Khan, Arbaaz Merchantt, Munmun Dhamecha, Nupur Sarika, Ismeet Singh, Mohak Jaswal, Vikrant Chhoker, Gomit Chopra are being questioned by the NCB in connection to the case.