The Alligarh Muslim University has issued a notice to students who held a Tiranga Yatra on Wednesday. The students held a bike rally singing Vande Mataram on Tuesday. The Aligarh Muslim University has issued a notice to two students who held a Tiranga Yatra on Tuesday. The students had held a bike rally chanting Vande Mataram earlier in the day.

The rally was carried from the Education Department to the Baba Syed Gate, remembering the sacrifice of the freedom fighters.

As per Republic sources, the students did not have the permission and hence the university sent the students the notice.

Here is the notice from the University: 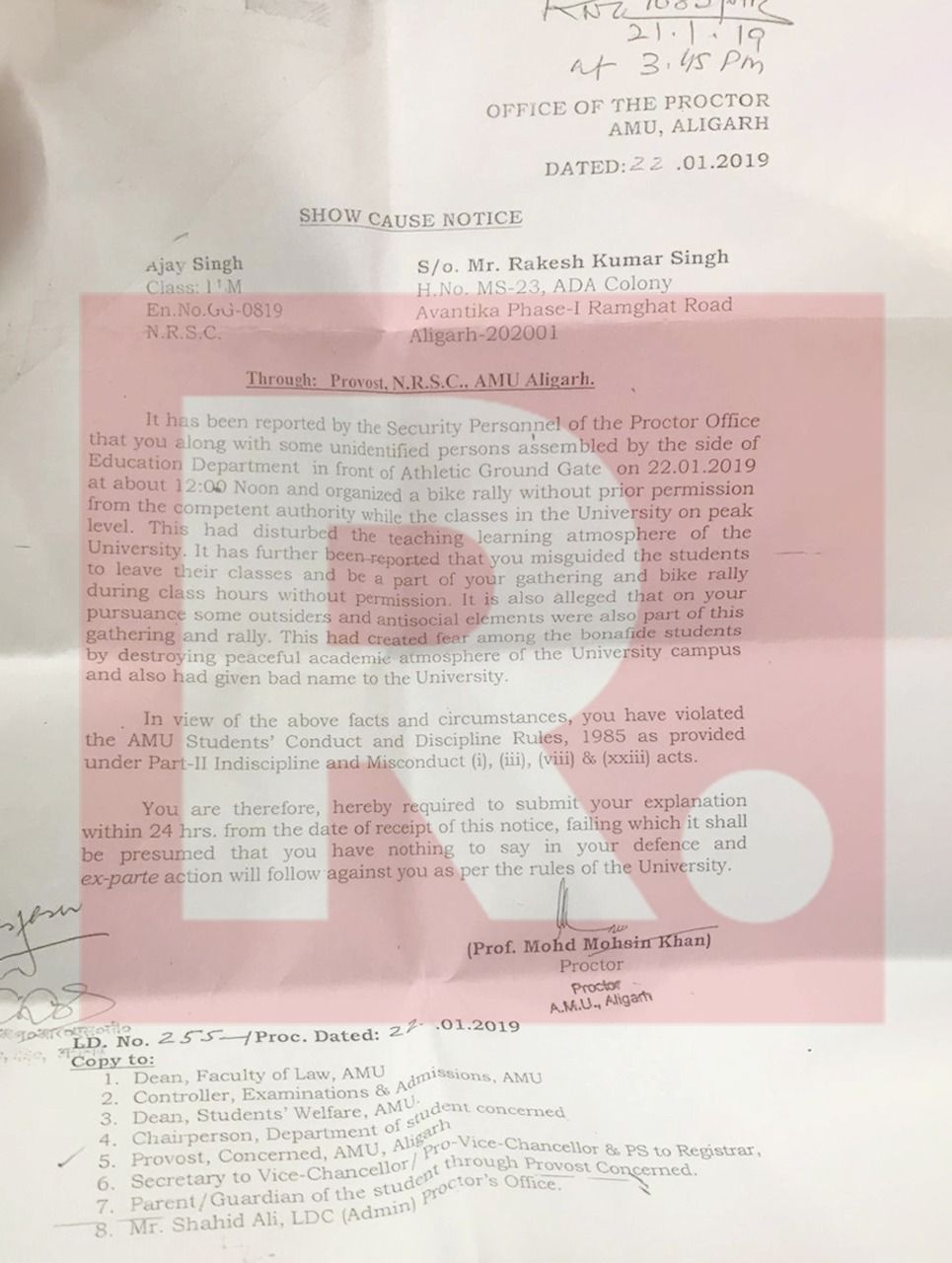 The students have questioned the notice saying why the authorities are denying the permission for carrying the rally. They also questioned the university as to why it was opposing the Tiranga Yatra.

Ajay Singh, a student who got the notice, said, "This is not the first time the rally happened. They had denied yesterday for conducting the rally. Why haven''t they given us the permission to conduct the Tiranga Yatra. Why are they opposing Tiranga Yatra. It is our country. We will do the Tiranga Yatra here only. Do we have to go to Pakistan?

Sonveer Singh, who also got the notice, said, "We did Tiranga Yatra as the Republic Day is close. We applied for the permission. But they had refused. They challenged our Constitution as they did not give approval to our rally."

The students taking the Tiranga Yatra: 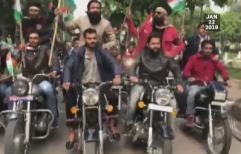 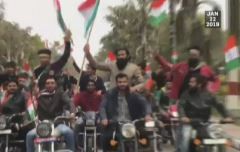 Mohammad Mohsin Khan, the Proctor of AMU explaining the notice issued to the students said, "During the time of the  classes, we can't give permission to take out any sort of procession and it is a decision of the administration. Hence we denied the permission. Ajay Singh applied for a permission but we  refused. We took action against everyone till date who put out any sort of procession without university approval.

"I think it's about time that the Government of India which is funding AMU did something about how it's being administered. The students had sent an application but got no reply. There's no excuse. They (the University) didn't say a word, so sending a show-cause notice is absurd. The Ministry of HRD should intervene in this matter and ensure fundamental rights are safeguarded."

More reactions to this story here:

#NoticeForTirangaYatra | Every Indian has his and her right to show patriotism standing with the flag: Lt. General Raj Kadyan, Defence Analyst pic.twitter.com/kUyaTGvac0