Anand Mahindra has shared a post to wish his followers on India's 74th Independence Day. In his post, he explained the lesson COVID-19 has taught people. 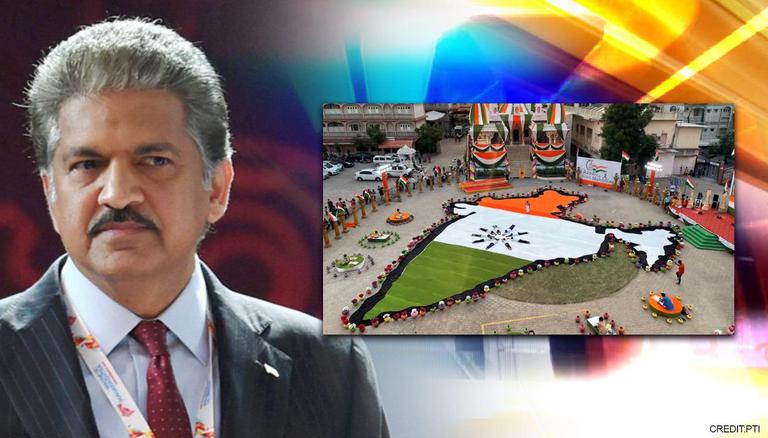 
Anand Mahindra, the Mahindra Group chairman, has shared a post to wish his followers on the Independence Day. In his post, he explained the lesson the COVID-19 pandemic has taught people. Mahindra in his post mentioned that the pandemic has taught us that "true freedom comes from working together as a team for everyone’s upliftment".

Mahindra explained, "Independence means not dependent on anyone and anything" but the coronavirus pandemic has taught everyone that true freedom means to work together as a team for "everyone's upliftment". He added, "On our 75th Independence Day we can also observe Interdependence Day. Jai Ho!". Alongside the powerful message, Mahindra has shared a picture of a group of health workers. Take a look at the post.

“Independence” means "not dependent" on anyone; not depending on anyone or anything. But the pandemic’s taught us that true freedom comes from working together as a team for everyone’s upliftment. On our 75th Independence Day we can also observe Interdependence Day. Jai Ho! 🙏🏽 pic.twitter.com/ARTpmz2thb

Since having been posted on Twitter, the post has garnered over 6375 likes. Netizens responded to the post and posted greetings for the Independence Day. One user commented, "Happy Independence Day! Let’s celebrate the opportunities to live happy lives and create a bright future for the generations to come!" Another individual commented, "Absolutely Anand Sir..We the people, are together & apart, that's the interdependence...I could absorb from you Sir. This #IndependenceDay is very special as this yr marks #75YearsOfMahindra as well as #25YearsOfShan the #Engineer." Another user wrote, "Happy 75th Independence Day Bharatmata Ki Jai."  Check out some netizens' reactions.

We the people, are together & apart, that's the interdependence...I could absorb from you Sir 👌🏘️🌳✅

India is the best progressed in 75 years as one of best country in the world
Top 5 economies
Top 5 armies
Top 5 grain producers pic.twitter.com/z6za9jfg3L

On August 15, 2021, India marks its 74th Independence Day. With patriotism in the air, the day is celebrated every year in order to remember its most significant historical victory and the freedom fighters who fought for the nation. The nation also celebrates and honours the contribution of the Indian Armed Forces. To mark the Independence Day, the Centre has initiated 'Azadi Ka Amrit Mohotsav', under which several campaigns starting from health to clean environment have been undertaken. As India celebrates 74 years of Independence, PM Narendra Modi, on Sunday, addressed the nation from the Red Fort's ramparts. Charting India's future for the next 25 years, PM Modi coined the term Sabka Saath, Sabka Vikas, Sabka Vishwas & Sabka Prayas to achieve a glorious India.