Anannyah Kumari Alex had filed her nomination as a Democratic Social Justice Party (DSJP) candidate in the Kerala Assembly elections this year. 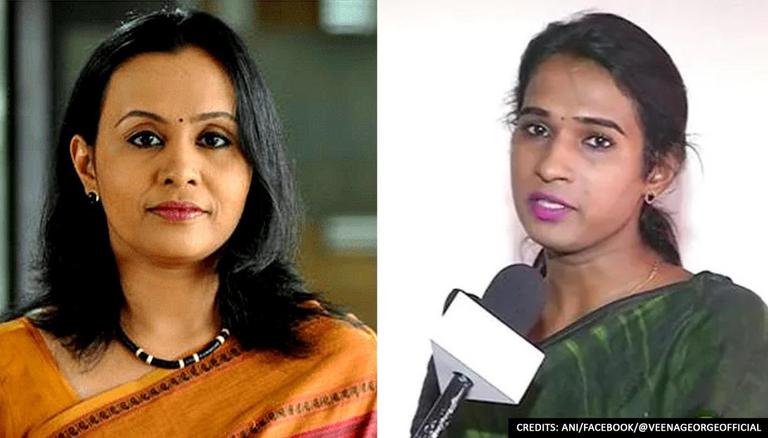 
Kerala's first transgender radio jockey, Anannyah Kumari Alex, who was also the first from her community to file nomination as a candidate in recently concluded Assembly polls, allegedly died by suicide. Following this, the state's health minister Veena George has directed the health department to conduct a probe.

The transgender organisation has also filed a complaint in this regard. The minister affirmed that an expert committee would be set up to study issues related to gender reassignment surgery.

Anannyah was found hanging in her flat in Kochi. According to the police, "prima facie it seemed to be a case of suicide".

Earlier, Anannyah had alleged that she was facing complications following sex-reassignment surgery, which she underwent in June last year. The radio jockey (RJ) had also made allegations against a doctor and a private hospital.

Her fellow transgenders alleged that the noted trans activist was suffering from several discomforts that she could not even stand for long or do any physical work.

"She was actually a victim of medical negligence and surgical error. We have to depend on private hospitals and subject to their exploitation as there is no facility for the sex reassignment surgery in the government sector," a transgender person was quoted as saying by PTI.

Anannyah had filed her nomination as a Democratic Social Justice Party (DSJP) candidate in the Kerala Assembly elections this year. She stood up against Indian Union Muslim League (IUML) leader PK Kunjalikutty. However, just a day before polling, she suspended her election campaign and alleged that she was receiving threats from her own party leaders. She also appealed to electors to not vote for DSJP.

Anannyah Kumari had said, "The DSJP leaders forced me to speak poorly of UDF candidate PK Kunjalikutty and to criticise the LDF government. I was also forced by the party leaders to observe pardah during the election campaign. This harassment came after I said that I would not do anything which would surrender my personality."

Apart from being an RJ, the transwoman was an established stage show anchor, a TV newsreader and a celebrity make-up artist as well.