Monday's review meeting saw discussions on Disha Act along with direction enforcement, special courts for the criminal investigation of women and children, etc 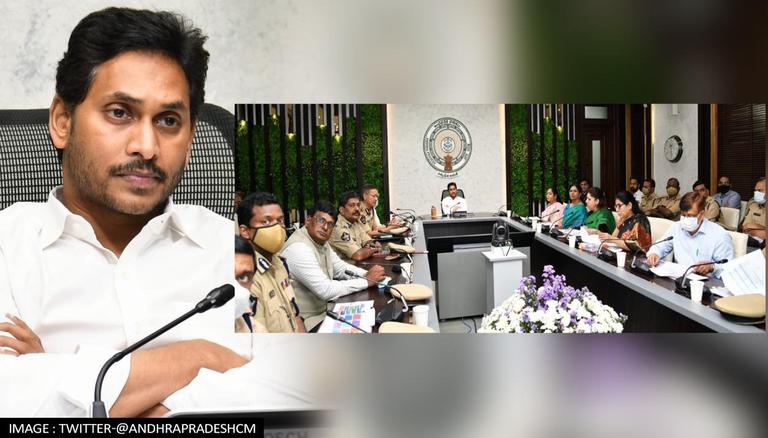 
Andhra Pradesh Chief Minister YS Jagan Mohan Reddy on Monday held a meeting and reviewed the Law and Order in the state. He also had a comprehensive discussion on the implementation of the Disha app followed by other measures taken for the safety of women and children.

Monday's review meeting saw discussions on issues like the direction enforcement, special courts for the criminal investigation of women and children, crime prevention taking measures in the state, strengthening of police forces, drug prevention, and many more.

During the review session, Chief Minister Reddy directed the concerned officers to take immediate action in the matter and also further assure that the colleges and universities are drug-free. He further ordered the authorities to pay special attention to drug peddling and prepare a report every 4 weeks. Apart from that, special attention is to be provided towards the illegal manufacturing and supply of alcohol in the state. CM Reddy emphasized that the police force needs to focus on this issue as well.

The review meeting saw an extensive discussion on the Disha Act and the Disha App. CM YS Jagan Mohan Reddy outlined that keeping it pending for so long is not fair and directed the officials to take action accordingly. Speaking about the benefits to be provided to women through the Disha app, he said that an extensive campaign should be conducted for the use of the application and a condition must be created for the victims so that they can file a complaint and further expect justice, humanitarian perspective, and compensation towards affected families.

Meanwhile, he said he ordered to appoint public prosecutors to fill up all the vacancies in the court hearing cases of crime against women and children. Talking about the Disha App, he said that around 74,13,562 people have downloaded the Disha app among whom 5,238 have sought assistance through the app and 684 FIRs have been registered through the app.

Talking about police recruitment and deployment in the state, he highlighted that around 15,000 women police officers have been deployed in villages and the administration is looking forward to recruiting around 6,000-7,000 police personnel in 2022.