A poultry worker was beaten up by a group of Nihang Sikhs at the Singhu border after he allegedly refused to give them the chickens that he was carrying. 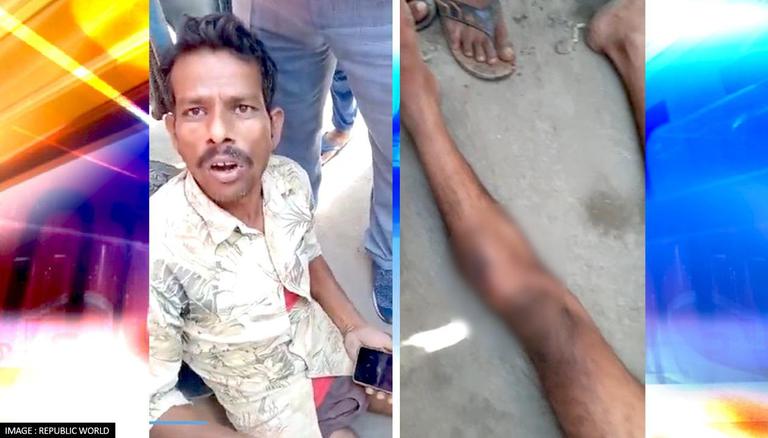 
Days after the horrific Singhu border lynching incident where a man was found hanging by a police barricade, another similar attack has emerged from near the farmers' protest site. On Thursday, a poultry worker was beaten up by a group of Nihang Sikhs after he allegedly refused to give them the chickens that he was carrying.

The victim, Manoj Paswan, was passing through the protest site with his vehicle when he was stopped by Nihangs. They allegedly demanded chicken from him which he denied because he possessed only a limited quantity of the poultry. In a fit of rage, a Nihang proceeded to beat up the labourer with sticks. A man who came to his aide was also beaten up by them. After the intervention of the public, the Nihang stopped. Manoj Paswan's leg was broken during the incident. As per the Haryana Police, one accused has been held in the matter. The accused named Naveen is a resident of Karnal.

Narrating the incident, the labourer said, "One Sikh came and asked me for a chicken. I said I can't give, I have a limited number of chickens. Just over this, he started beating me up with a stick. They hit me so much, a man who attempted to save me was also beaten. He was a blue dress Sikh (Nihang). After that my owner came, more public gathered, but that man did not stop. I had fallen to the ground, after many appeals he stopped. I am a labourer, I don't know how long I won't be able to walk."

In a horrifying incident, a 35-year-old man was found tied to a barricade with one of his arms chopped off, near the Singhu border on October 15. His body was mutilated with over 10 injuries caused by sharp weapons. The victim has been named Lakhbir Singh, a Dalit Sikh labourer. The body was later taken for postmortem to a nearby civil hospital by the police.  An FIR has been registered under sections 302 (murder) and 34 of the Indian Penal Code (IPC). Three accused Nihangs have been sent to 6-day police custody, while another accused has been sent to 7-day remand. The Punjab Government has also constituted an SIT to investigate the matter.