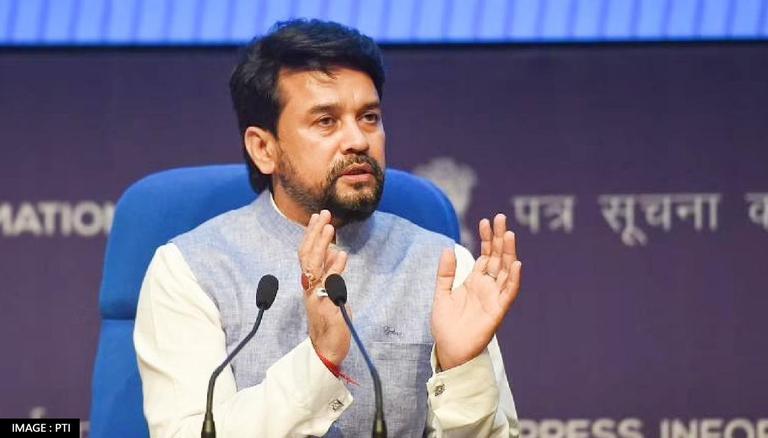 
Anurag Thakur, Union Minister of Information and Broadcasting and Youth Affairs and Sports, on Saturday, urged the country's youth to join the Cleanliness Campaign and play a role in its advancement. Anurag Thakur spoke at Avadh University in Ayodhya yesterday to mark the end of a month-long Swachch Bharat Abhiyaan organised by Azadi Ka Amrit Mahotsav.

The Minister stated that while we may not have been able to participate in India's freedom battle, we can certainly participate in the campaign to rid the country of plastic garbage.

As per a government release, he urged the country's young population to participate in the cleanliness campaign, saying that a goal of collecting 75 lakh kg of plastic garbage from various locations across the country was set for the one-month campaign, but the objective was met well ahead of schedule. So far, 108 lakh kg of plastic waste has been collected across regions from three lakh 41 thousand villages.

As per the Minister, around 6 lakh cleaning activities were held across Janbhagidari as part of this initiative.

Ayodhya | Under the celebrations of Azadi ka Amrit Mahotsav, Youth Affairs and Sports Ministry had set the target of collecting 75 lakh kg waste across the country. In less than one month, more than 108 lakh kgs of waste has been collected: Union Minister Anurag Thakur pic.twitter.com/6djmEGC7jc

As per the Union Minister, the campaign began in Prayagraj and would conclude in Ayodhya. Thakur said, as plastic is non-biodegradable, it is extremely detrimental to animals. People should make it a habit to dispose of the wrappers and other plastics in public places by dumping them in trash cans. He argued that if each resident of the country takes responsibility for the cleanliness of the environment around him or her, there will be no need for cleaning campaigns.

He believes that the country's youth can contribute significantly to nation-building and making the country clean and respectable.

In the last two years, more than 11 crore toilets have been built in the country, according to Thakur. He said that under Prime Minister Narendra Modi's leadership, the country had become open defecation-free. Open defecation and drinking contaminated water stated Thakur, are exceedingly harmful to one's health, with drinking contaminated water causing 80% of ailments.

INDIA 🇮🇳 you did it !

Well done each and every member of Team @Nyksindia ! https://t.co/osGBiv9yth

The Minister stated that the Central Government is trying to ensure that everyone has access to safe drinking water through the HarGharNal and HarGhar Jal campaigns. In the previous four years, he said, work on supplying clean water to one crore households has been accomplished. Anurag Thakur noted that while the cleanliness campaign will last for a month, people will need to be reminded of the benefits of cleanliness and motivated to spread Swachch Bharat Abhiyaanacross in the country, added the government release.

The release informed that Thakur highlighted the Centre being swift in the domain of COVID-19 vaccine, resulting in the vaccination of more than 100 crore individuals across the country. He urged anyone who had not yet been vaccinated to do so as soon as possible. During the COVID-19 pandemic, he said, the Central Government offered free rations to the public for 15 months, and more than 80 crore people in the country took use of it. Thakur praised the youth volunteers' efforts during the one-month-long national cleanliness drive and pushed them to give the country a new direction, saying that they have the potential to transform the country.