Former President APJ Abdul Kalam passed away on this day in 2015 and today, the nation celebrates the 'Missile Man' of India's 6th death anniversary. Read more. 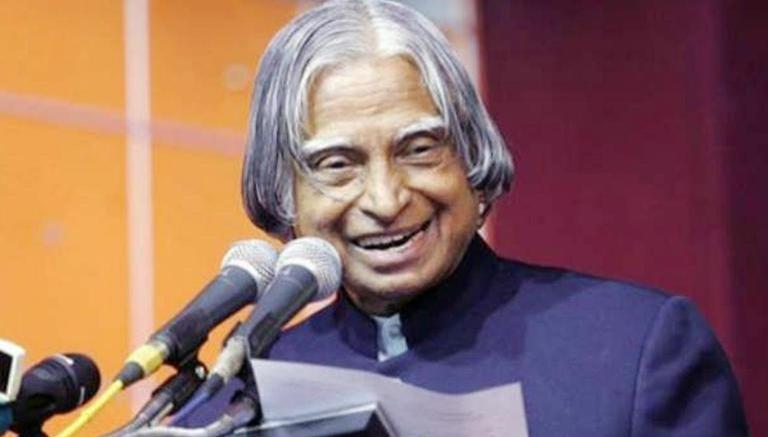 
Avul Pakir Jainulabdeen Abdul Kalam, the former president of India, passed away on July 27, 2015, while delivering a lecture at the IIM, Shillong, where he collapsed due to a cardiac arrest. Famously hailed as the 'Missile Man', he is fondly remembered by the nation for every accomplishment in the area of science, especially space and missiles. Apart from serving as the 11th President of India, Dr. Abdul Kalam has a pioneering role in the development of  Agni and Prithvi missiles as well as the Pokhran II nuclear tests. As India celebrates the legend's inevitable presence on his sixth death anniversary, here are some details about Dr Kalam's life.

Dr. Abdul Kalam was an Indian aerospace scientist and was responsible for the development and operationalisation of Agni and Prithvi missiles. He was conferred with the title of 'Missile Man'for the breakthrough development of ballistic missiles and launch vehicle technology. He also played a pivotal organisational, technical, and political role in India's Pokhran-II nuclear tests in 1998, the first since the original nuclear test by India in 1974. This is the reason people know him to be the Missile Man.

In the span of 83 years, APJ Abdul Kalam has been received 7 doctorates from 48 universities from India and abroad. The Government of India honoured him with the Padma Bhushan in 1981 and the Padma Vibhushan in 1990 for his work with ISRO and DRDO and his role as a scientific advisor to the Government. In 1997, Kalam received India's highest civilian honour, the Bharat Ratna, for his contribution to the scientific research and modernisation of defence technology in India and lastly, he was the recipient of the Von Braun Award from the National Space Society "to recognize excellence in the management and leadership of a space-related project".

His autobiography titled Wings of Fire: An Autobiography of APJ Abdul Kalam was released in 1999 and delved into details about his early life, effort, hardship, fortitude, luck and chance that eventually led him to lead Indian space research, nuclear and missile programs. The autobiography first published in English has so far been translated and published in 13 languages including Hindi, English, Bengali, Telugu, Tamil, Kannada, Malayalam, Odia, Marathi, and Gujarati as well as Chinese. Apart from this, there are 6 biographies on his life.

His deep bonding and adoration of children made him the apple of their eyes. His adoration for kids was so strong that during his interaction with youngsters, Kalam not only obliged and gave them his precious time and magnificent speeches but also listened to their ideas intently. Many children of his time remember him showing up to their science exhibitions or sports days just to motivate the young minds. Once the late president even surprised one of his subordinates at DRDO by taking the children to an exhibition when the latter couldn't do it due to work pressure.

APJ Abdul Kalam was the first Indian president to occupy the position as a bachelor and a scientist. He never got married. He also had never eaten meat and was a vegetarian.

Former President of India was born into a poor Muslim family in Tamil Nadu, his father was a boat owner and worked as an Imam in a mosque. Dr Kalam faced hardships during his childhood but never gave up despite being forced to do odd jobs where he used to sell newspapers to support his family. The family lost its fortune and was forced to engage in menial jobs for survival.

From being rejected as a pilot to becoming the 11th President of India, Mr Kalam came a long way. He missed an opportunity to become a pilot in the Indian Air Force. He was on the ninth spot on the list, but unfortunately, there were only eight openings. Eventually, the first 8 shortlisted candidates were recruited but the ex-president later made a mark as a cult figure of science.

On July 27, 2015, Dr Kalam was delivering a lecture at the Indian Institute of Management, Shillong, when he collapsed and passed away due to a cardiac arrest. At the time when death captured him, he was doing what he loved by giving his extravagant knowledge and expertise back to the future generations to come. He, however, continues to live in the hearts of Indians.