The Indian Army in a statement has called out fake news being propagated by the foreign media. It has rubbished allegations of torture made by foreign media

The Indian Army in a strong statement has called out the fake news being propagated by the foreign media. It has rubbished allegations of torture made in a section of foreign media, some of which is based on a report by a Jammu and Kashmir-based research organisation. The Indian Army said that its forces are deployed in the region for counter-terrorism operation, for which it follows protocols and called the foreign media reports 'overtly prejudiced'. It has also said that allegations of human rights violations have been addressed as per Indian laws and gave statistics about the same.

In the statement, the Indian Army said that its purpose in the region is counter terrorist operations which it often does along with J&K police It added that offenders are taken into custody as per established provisions of the AFSPA and handed over to the police for lawful disposal. It said that specific allegations with reference to picking up, beating and torture were 'baseless and motivated'. The Indian Army's full statement is presented in the article

The statement added that the 'Indian Army operations are firmly riveted to respecting human rights of the citizens. Giving the statistics of the number of cases of allegations of human rights violations addressed legally, the Army said that the report published by the organisation Jammu and Kashmir CCS 'lacks objectivity'. Adding that the Army has strict protocols to protect even the terrorists' lives during its operations, it said that the allegations of tortures and beatings were 'based on uncorroborated evidence' and reported by the foreign media which seemed to be 'overtly prejudiced'.

Read the statement by Indian Army below 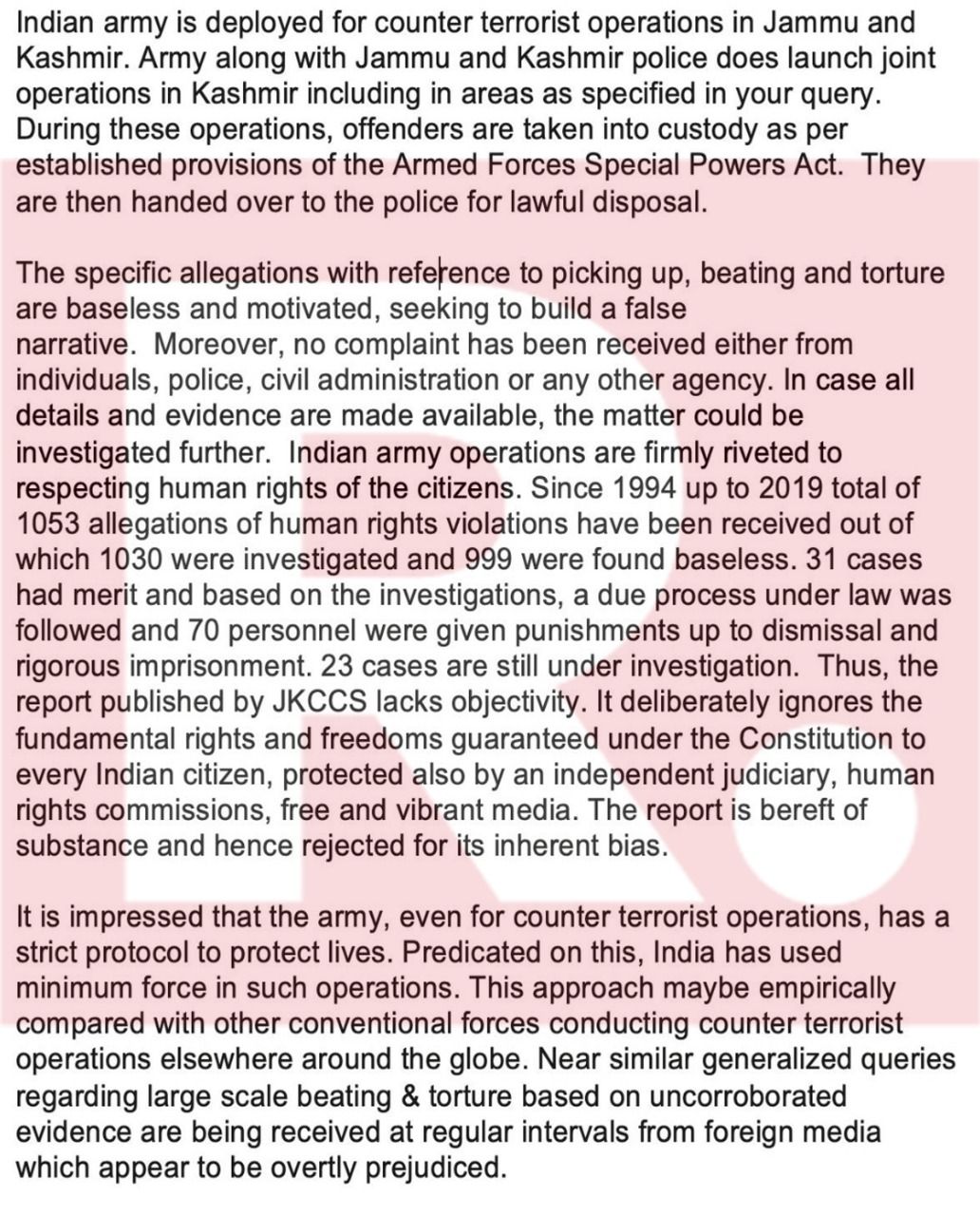 READ | Baloch activist to PM Modi & Donald Trump: Save us from Pakistan army

A number of foreign media organisations have reported that there have been tortures and beatings in Kashmir following the revocation of Article 370 in J&K. Each and every allegation has been contested by the Army and the Ministry of External Affairs. Indian Army has often released videos and images from the counter-terrorists operations. The Indian government has also released images of peace and calm in Kashmir showing that everything in J&K is normal.