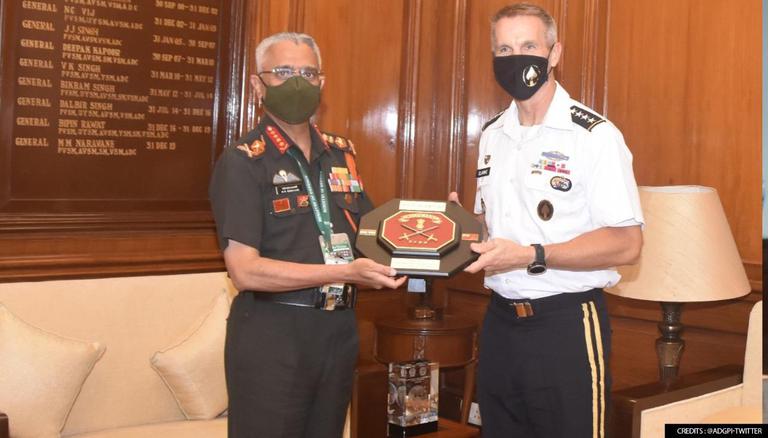 
Indian Army Chief MM Naravane on July 29 held talks with Commander of US Special Operations Command General Richard D Clarke. The focus of the discussion was on various key aspects of bilateral defence and security cooperation between both sides.

During his three-day visit to India, the US Commander held talks on various dimensions of bilateral defence cooperation and advanced support to further deepen military ties.

India and US deliberate on Afghanistan

Assuredly, the situation in Afghanistan remains a predicament because of Taliban-infused violence is on the surge as the military organisation is in a constant trying to make territorial gains in the State. This is pursuant to withdrawal of US armed forces and NATO troops ending Washington's 18-year long war with the Taliban after the 9/11 attacks. The ongoing power crisis in Afghanistan is particularly volatile given the shift of reigns as US and NATO forces prepare to exit. Currently waging war within the country, the Taliban is gaining more ground and is resorting to widespread violence to expand its influence across the country.

One of the reasons for Afghanistan and India's close ties is due to the latter's massive investment in Afghanistan. India has been a major stakeholder in the peace and stability of Afghanistan. As a close ally of Afghanistan, India has provided at least five military helicopters amid clashes. It had also invested nearly USD 3 billion in aid and reconstruction activities in the country. India has been supporting a national peace and reconciliation process which is Afghan-led, Afghan-owned and Afghan-controlled.

US Army Commander laid wreath at the National War Memorial

Prior to meeting General Naravane, the US official laid a wreath at the National War Memorial. The Indo-US defence ties have been on an upswing in the recent years. In October 2020, India and the US sealed the Basic Exchange and Cooperation Agreement (BECA) to further boost the bilateral defence ties. The accord provides for sharing high-end military technology, logistics between the two nations.

In June 2016, the US designated India as a "major defence partner" and elevated defence trade and technology sharing. The two countries also linked the Logistics Exchange Memorandum of Agreement (LEMOA) that allows respective militaries to use bases in each other's territory for purposes of repairing and replenishment of supplies.

Separately, General Naravane dialled Chief of Hellenic Army General Staff with a focus on defence cooperation between India and Greece.